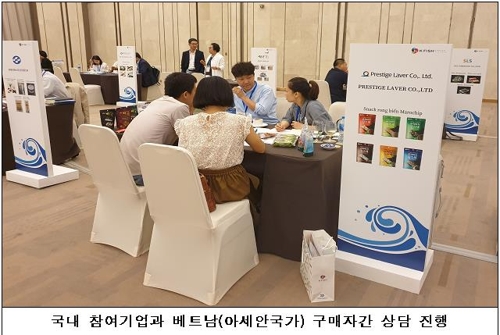 (SEOUL=Yonhap News) On August 8, the Ministry of Oceans and Fisheries (MOF) said that it held a trade consultation on fishery products at Ho Chi Minh, Vietnam on the previous day, resulting in export contract consultations worth KRW 26.6 billion.

At the consultation, three export companies concluded letter of intent worth KRW 1.93 billion. The letter of intent is a document declaring the intention of import and export prior to signing on export contract.

An official from MOF said, "The export market for fishery products, which used to rely on the U.S., Japan, and China, will be diversified to other regions including ASEAN countries to increase exports."