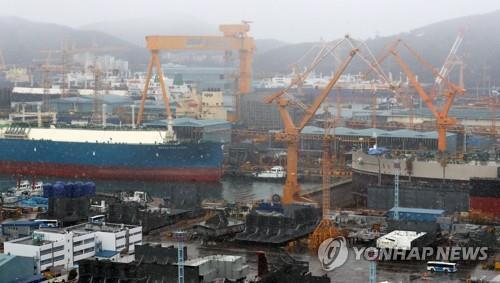 In July, local shipyards won orders totaling 270,000 compensated gross tons (CGTs) to build 10 ships, accounting for half of the orders placed around the globe, according to London-based Clarkson Research Services Ltd., the world's leading provider of data for the shipping and shipbuilding industries.

With the global shipping industry hit by the U.S.-China trade dispute, new shipbuilding orders in the first seven months of the year dropped 43 percent from a year earlier to 11.82 million CGTs, the data showed.