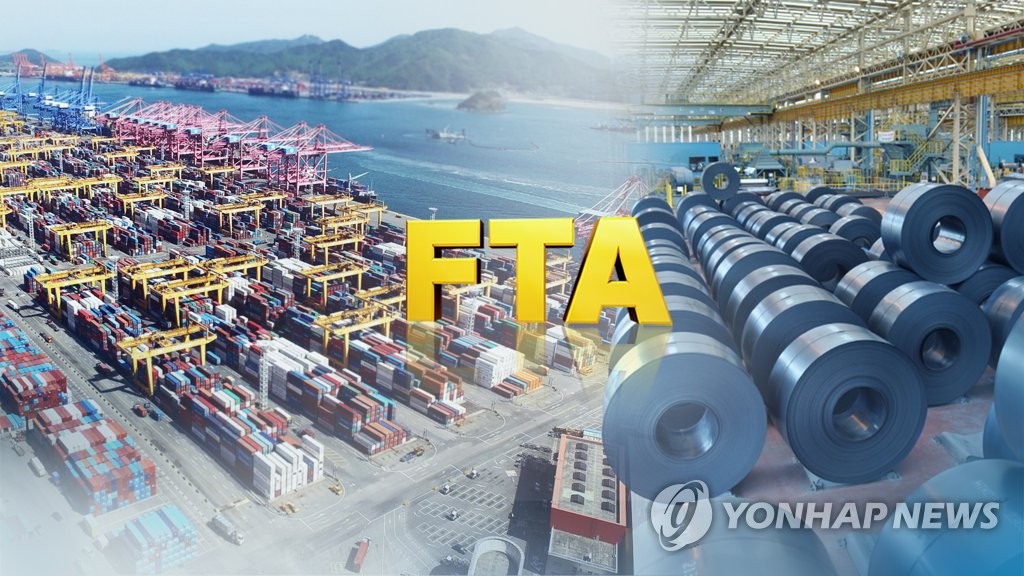 (SEOUL=Yonhap News) South Korea's trade ministry said Friday it plans to clinch new free trade agreements (FTAs) this year, including those with three Southeast Asian countries, in the near future to boost its exports to cope with the growing protectionism around the globe.

Asia's No. 4 economy is currently seeking to clinch FTAs with Indonesia, Malaysia and the Philippines within this year in time for South Korea's summit with the Association of Southeast Asian Nations (ASEAN) in November, according to the Ministry of Trade, Industry, and Energy.

South Korea and Israel have also have made significant progress in their FTA negotiations, with the deal expected to be reached in the near future, the ministry said.

"It is important to actively penetrate into emerging markets amid growing external uncertainties, such as Japan's export restriction (against South Korea) and the trade talks between Washington and Beijing," Trade Minister Yoo Myung-hee said during a meeting held in Seoul.

The upcoming FTA with Israel is especially crucial as South Korea is making efforts to ease its technology dependency on Japan, she added.

Japan implemented export restrictions against South Korea last month, with the two Asian neighbors removing each other from their list of trusted trade partners.

South Korea can benefit from the FTA as Israel boasts strong competitiveness in the telecommunications and aviation industries, along with a favorable environment for startups, according to the ministry.

Seoul wishes to expand ties with Jerusalem, especially in the field of materials, parts and equipment, it added.