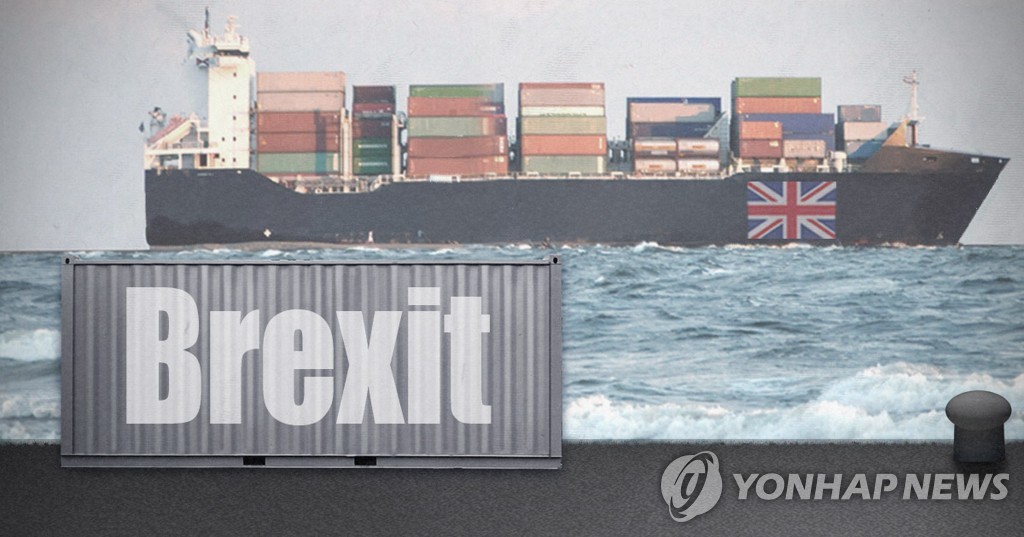 (SEOUL=Yonhap News) South Korea signed a free trade agreement (FTA) with Britain on Thursday, a step to help maintain the continuity of their trade and economic ties even after London's departure from the European Union (EU).

There have been concerns that South Korean exporters may no longer enjoy the benefits under the existing South Korea-EU FTA when Britain leaves the world's single largest economic bloc without agreeing on post-Brexit conditions.

"South Korea will make thorough preparations and take actions to help local companies maintain their trade and investment free from the uncertainties, including Brexit," Yoo said.

Seoul plans to finalize the remaining procedures, including winning the parliament's ratification, before the end of October when Britain is scheduled to depart from the world's single largest economic bloc.

The two countries also agreed to revise the FTA within two years to update terms of the deal, according to the ministry.

When implemented, South Korea will be able to export major products, including automobiles, without tariffs to Britain, as has been under the Seoul-Brussels FTA.

Britain is the 18th-largest trading partner for Asia's fourth-largest economy, accounting for less than 2 percent of its overall trade.

Asia's fourth-largest economy's exports to Britain reached US$6.36 billion in 2018, down 21 percent from a year earlier, while imports came to $6.8 billion.

Considering the time for companies to adapt to the new deal, the two countries agreed to acknowledge products transported via the European Union to be treated equally as those shipped directly to Britain, the ministry said.

Concerns over a no-deal Brexit have been looming as London has been facing challenges in finding common ground in the divorce agreement with the EU, especially on the "backstop" issue that centers on the border problem between Northern Ireland and Ireland.

British Prime Minister Boris Johnson maintains that the backstop, supported by his predecessor, should be removed and that the deal needs to be amended. The backstop centers on having no physical border being present at the border under any conditions.