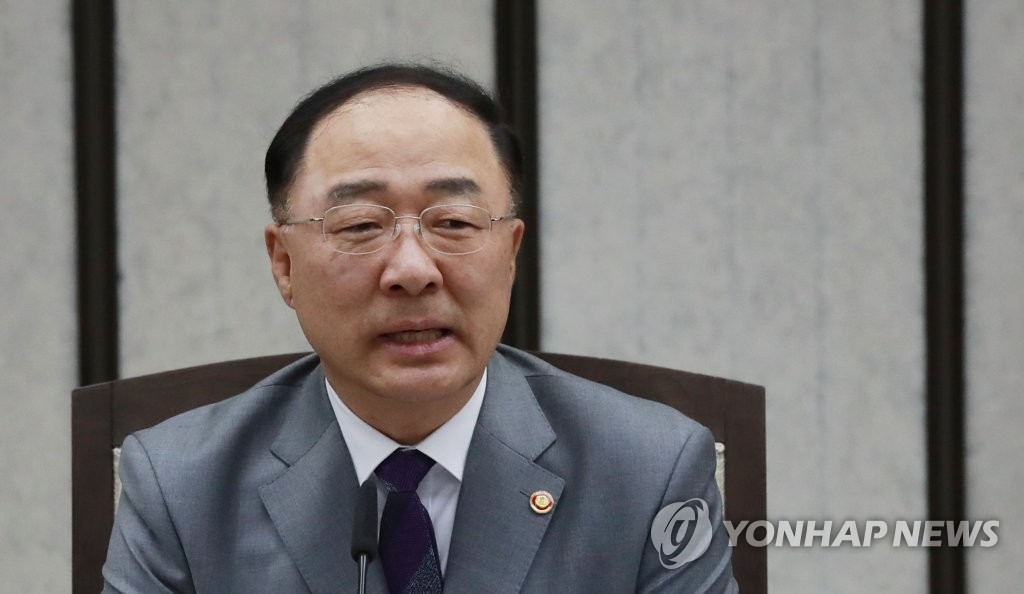 SEJONG, Oct. 15 (Yonhap) -- South Korea's finance minister left for the United States on Tuesday for a series of annual international conferences on the global economy and other pending issues.

Hong Nam-ki is set to meet with several fund managers and economists of global investment banks and asset management companies in New York on Wednesday to explain South Korea's economic conditions and address their concerns, the finance ministry said.

The meeting comes amid worries that Asia's fourth-largest economy may be losing steam on weak investment and slowing exports.

South Korea's exports fell 11.7 percent on-year to US$44.7 billion in September, extending their on-year decline to a 10th consecutive month due to weak prices of semiconductors and the yearlong trade row between the United States and China.

Hong is also scheduled to attend the G-20 finance ministers and central bank governors' meeting in Washington on Thursday and Friday to discuss how to cope with global challenges ahead, the finance ministry said.

Hong is also scheduled to attend meetings of the International Monetary Fund and the World Bank.