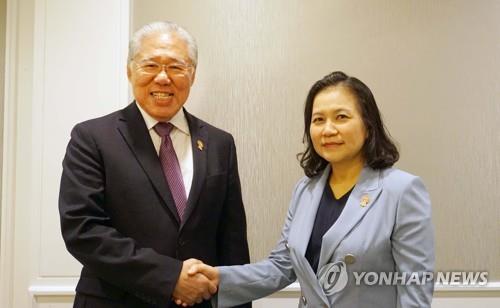 Yoo Myung-Hee, deputy minister for FTA negotiations in Korea and her counterpart Enggartiasto Lukita made public announcement on bilateral trade negotiations, saying "Korea and Indonesia finally reached a de facto agreement with the comprehensive economic partnership." and signed the joint statement on CEPA.

Now, Indonesia has become the very first place where the president Moon made his first state visit toward ASEAN and the first partner who successfully settled the bilateral negotiation.

Both have started the trade talks since 2012 but suddenly suspended after the 7th round of the talks in 2014. But last year's summit meeting with Indonesian president Joko Widodo opened up a chance to get back subsequent talks for CEPA and finally this year in February, trade representatives from both sides issued a formal declaration of the resumption of the negotiation. 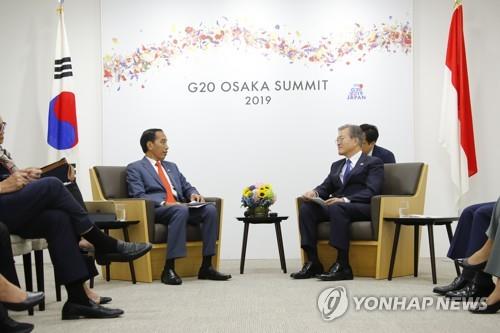 With several rounds of formal or informal negotiations for months ,Korea and Indonesia both reached to the final settlement on a range of 6 different issues, covering products and services, investment, country of origin, economic cooperation and the general guidance for the enforcement at the 10 th meeting held in Indonesia last week.

Indonesia is the 2nd largest ASEAN trading partner and the 4th most populous country in the world with a population of over 200 million. The median age of the population in Indonesia is estimated to be 29, relatively younger than other economies. With this great potential, the country now has become among the fastest growing economies, with an annual average growth rate of over 5 percent.

Japan's automakers have long dominated the market in Indonesia, taking up almost 96 percent of the share so far. The bilateral economic partnership reached between Korea and Indonesia this time, however, appears to give better position to Korea as both parties agreed to slash over 90 percent of import / export tariffs.

The open market into Indonesia is expected to enable Korean enterprises to increase the number of tradable items to be sold to 95.9 percent from the previous level of 90.2 percent and to raise import volume to 97.3 percent from 93.6 percent. Market specific data shows that the current tariff rate of HR steel plates (5 percent), CR steel plates (5-15 percent), galvanized plates (5-15 percent), synthetic resin (5 percent), auto-machine parts (5 percent) will be traded at near-zero tariffs,once the trade pact comes into effect.

Tariffs for textiles and small machine parts will be immediately lifted upon.

The minister says "With its unlimited potential, Indonesia is turning itself into the hottest rising economy and the largest market to jump in under this 'New Southern Policy'. CEPA is believed to level up the outdated version of bilateral trade relation, giving full support to automakers and steel producers in Korea who see Indonesia the next driving force of global economy."

The government of South Korea ensures no market access for some agro-products, very sensitive to market opening, by leaving them out from the list of the tariff concession.

In service sector, both agreed to wide open the market access which used to be somewhat limited under the trade accord between Korea and ASEAN, only except for the case of market protection, especially when Korean investors get into Indonesia for business expansion.

For fair transaction, Indonesia decided to open up its new markets -online games, whole / retail sales, construction and service - for businesses in Korea, while easing foreign-ownership restrictions in investment on the other hand.

Both parties also reached a consensus for free move and exchange of highly skilled professionals in software, robotic engineering and advanced technology between countries.

Additionally, they shared the common ground for better conditions in investment and trade liberalization commitment by ensuring a most-favored-nation status and banning forced technology transfer. It could be a landmark achievement in a sense that the partnership accord provided a guidance for win-win strategy to be cooperative with developing nations.

Korea and Indonesia will go through the administrative process to complete the negotiation and make the final declaration on the deal at the end of this year. Then examines the legitimacy and impact evaluation, taking necessary steps for the relevant procedures to get it come into effect.