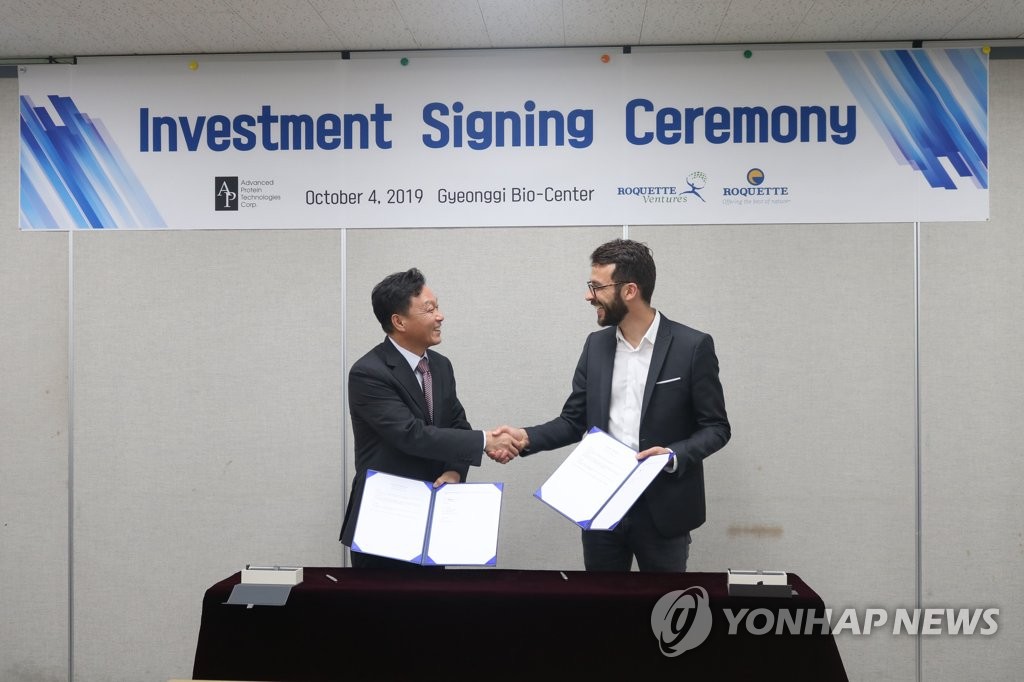 SUWON, Oct. 21 (Yonhap) -- Advanced Protein Technologies Corp.,(APTech) whose head office is now located inside the Gyeonggi Bio Center, made a public announcement on Oct 21 that they successfully reached an investment contract with French bio-food maker ROQUETTE.

By signing a strategic investment contract with ROQUETTE on Oct 4 at the Gyeonggi Bio Center, APTech unveiled its ambitious plan to spread across the global market, building up a cooperative network with the French bio-food maker who now runs over 100 offices in many parts of the world.

Oligosaccharides are sugars rarely found in breast milk that feed bacteria in the child's intestines, playing a role in a range of basic functions of the body. They also give a direct influence on the human immune system and brain development as well. All these benefits wide open the potential use of the substances pharmacuetically.

World renowned companies, Nestle and Abbott Laboratories have already adopted the technology a few years ago to produce baby formula, pushing up the market demand for the technology. APTech says the market portential seems to rise worth as much as KRW two trillion.

They're now planning for business diversification and expansion even into pet foods, con-clinical products and cosmetics.

The head of APTech says "The FDI attraction this time well demonstrates our technological capability to produce oligosaccharides in Korea."