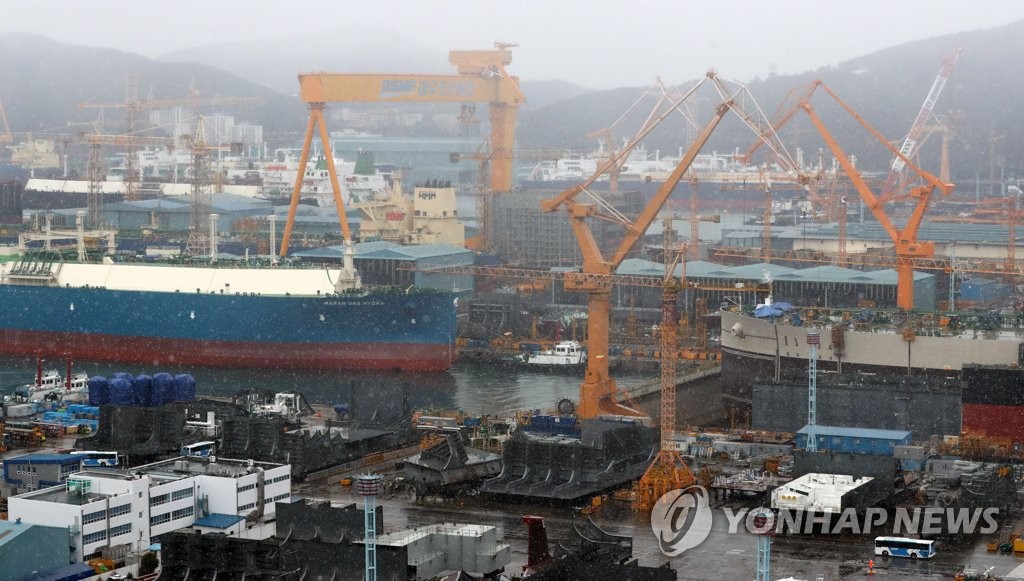 In October, local shipyards, led by Hyundai Heavy Industries Co., won orders totaling 1.29 million compensated gross tons (CGTs) to build 17 ships, accounting for 86 percent of the orders placed around the globe, according to London-based Clarkson Research Services Ltd., the world's leading provider of data for the shipping and shipbuilding industries.

China, which topped global shipbuilding orders in September, only secured orders for 150,000 CGTs or eight ships in October.

This is the first time this year that South Korea has surpassed 1 million CGTs in monthly orders.

In the first 10 months of the year, South Korean shipbuilders secured orders totaling 6.95 million CGTs worth US$15.9 billion, ahead of their Chinese rivals who bagged a total of 6.11 million CGTs in orders worth $13.6 billion.

In terms of order backlog, China topped the list with 26.42 million CGTs, followed by South Korea with 21.32 million CGTs and Japan with 11.91 million CGTs.