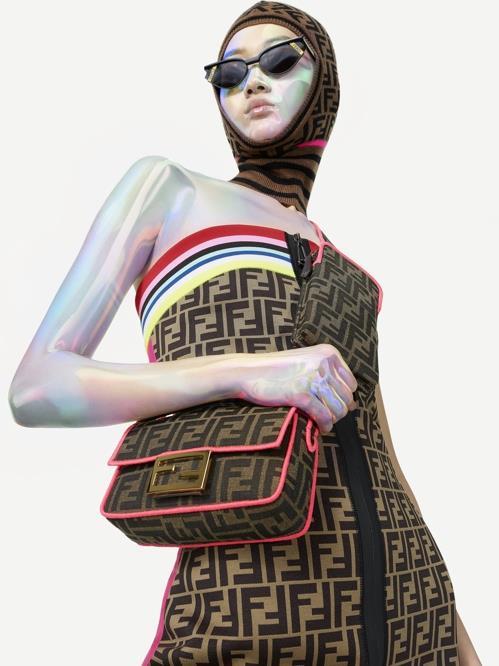 SEOUL, Nov. 17 (Yonhap) -- When it comes to purchasing luxury and premium products and services, South Koreans are almost on par with other major countries. Indeed, South Koreans' love for luxury goods is astonishing, and that's why high-end brands, which are known to stick to their heritage and tradition, have recently taken new and innovative moves in South Korea, such as opening pop-up stores and putting on world-exclusive fashion shows.

Louis Vuitton, listed by Forbes as the most powerful luxury brand, opened a new flagship boutique in Seoul late last month. The unique building, designed by renowned architects Frank Gehry and Peter Marino is located in the posh Cheongdam neighborhood in Gangnam Ward.

Bernard Arnault, chairman of the French luxury goods conglomerate LVMH, which has Louis Vuitton under its wing, attended the opening ceremony of the store during his third visit to South Korea in the last three years.

In April, Louis Vuitton opened a pop-up store for its signature Twist bags in collaboration with Hyundai Vinyl and Plastic in Seoul. It was Louis Vuitton's second single-theme pop-up store, following its Archlight sneakers pop-up launched in New York in 2017.

In July, Louis Vuitton also teamed up with the one of the country's leading department stores, Shinsegae Department Store, to open its first Asian pop-up space at its Gangnam outlet in southern Seoul entirely devoted to handbags. A limited number of the items were exclusively sold at the store. 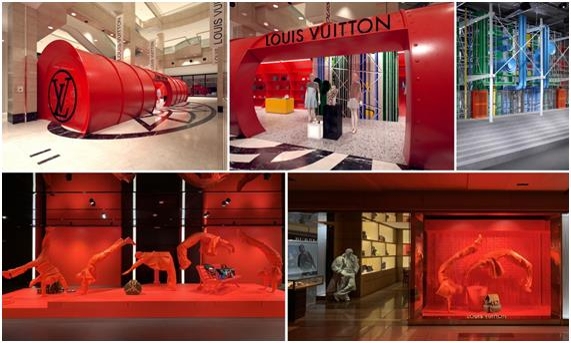 The French luxury house has since showcased a series of pop-up stores at department stores in Seoul and the surrounding Gyeonggi Province, offering South Korean consumers the exclusive advance opportunity to buy select items from next year's collection.

"In the past, I usually purchased bags when I visited Paris as the latest items from the collection were first available there," Kim Min-kyung, a 36-year-old VIP customer at a local department store, said. "Now, the latest collection items can be purchased here even in advance."

Multiple sets of industry data have shown that sales of major luxury brands grew between 20 and 30 percent in the country last year, compared with an average of two percent growth for local department stores.

Notably, South Korea's luxury handbag market was valued at 3.2 trillion won in 2017, making it the world's fourth-largest following the United States, China and Japan. It also outpaced France, the home of international powerhouses such as Louis Vuitton and Chanel.

High-end jewelry and fashion brands have also held a series of world-exclusive launching events and fashion shows in Seoul.

In April, Italian luxury brand Fendi, also part of LVMH, debuted its lively, street style fashion collection "Roma Amor" at a Lotte Department Store outlet. It was the first time that Fendi has launched a new collection in Seoul.

The millennial generation refers to young consumers born between 1980 and 1994 and is considered an important shopper segment in the retail industry. The generation approaches shopping differently from older people, whose top priority in consumption is satisfaction.

In an apparent move to target the spending power of younger consumers, French luxury house Chanel revealed its exclusive Urban Capsule Collection in collaboration with U.S. pop star Pharrell Williams earlier this year. The collection, vibrant and far from the conventional classics, has been popular among the younger generation.

"Consumption of luxury goods, most noticeably among the so-called millennial generation, has constantly increased despite a slowdown in the economy," Ha In-hwan, an analyst at Meritz Securities Co., said, adding that international brands are accelerating their push into the country as the market is expected to show continued growth.

Some players have recently taken further steps by opening branches here in an apparent move to directly target South Korean consumers without going through local importers or distributors that are mostly operated by the country's major conglomerates.

"Over the last 18 months, we have recruited a new management team and taken day to day control of the business in South Korea, an important market for luxury goods where the Mulberry brand has significant growth potential," CEO Thierry Andretta said in a press release.

Industry sources said Givenchy Korea, under the leadership of Ramon Ros Parellada, has recently hired nearly 100 employees to kick off its own business. The company recently opened its first outlet in South Korea -- its second in Asia -- in Seoul, entirely dedicated to its kids collection.

Delvaux, a Belgian luxury goods maker, also launched a branch in the country, its sixth overseas store. The brand, known for its delicate yet very expensive handbags, has recently pushed a local expansion by opening boutique stores.

"The decision (to operate a South Korean branch) is to bring a unique experience to Korean consumers who can truly value good products," Delvaux said.

Market watchers think that global fashion behemoths will continue to rush into South Korea, as the country serves as a test bed for the Asian market.

Also, the market offers a convenient and attractive shopping environment for Chinese customers, who account for almost a third of global spending in the luxury market.

"Sales of major European luxury brands in the Asian market have shown steep growth this year despite a slowdown in other parts of the world," Kim Jae-im, an analyst at Hana Financial Investment Corp., said, adding that luxury powerhouses are poised to pick the country, which is known for its trend-setting culture.