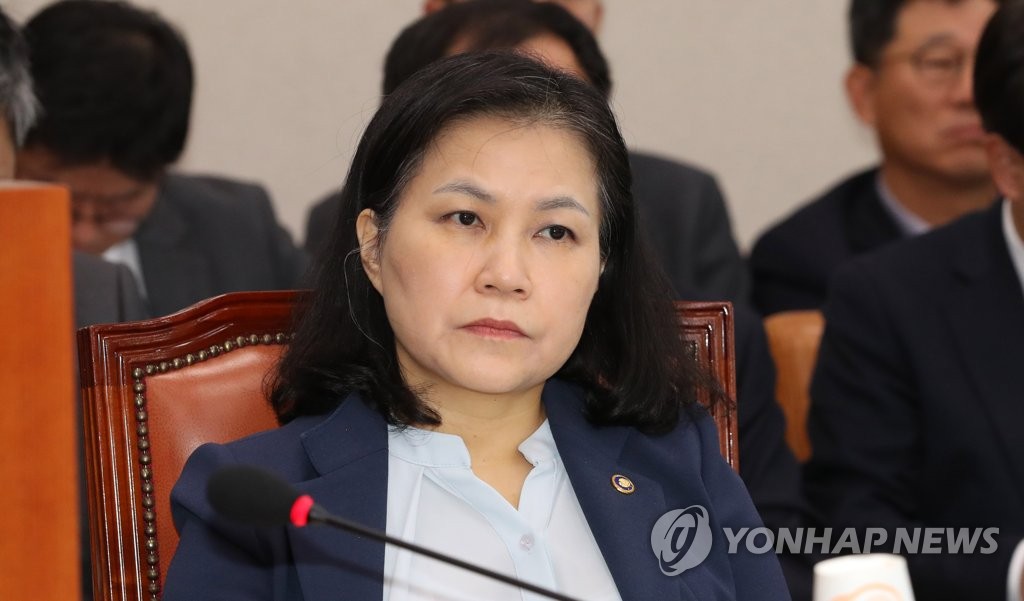 By Kang Yoon-seung
SEOUL, Nov. 21 (Yonhap) -- South Korea's trade ministry said Thursday it plans to strike free trade agreements (FTAs) with 12 more countries by 2022, which will further allow Asia's No. 4 economy to expand its presence covering around 90 percent of the world's combined gross domestic product with its FTAs.

"Amid growing protectionism around the globe, and growing tension between the United States and China, South Korea will focus efforts on penetrating into new markets," Trade Minister Yoo Myung-hee said during a meeting with officials from trade-related organizations.

South Korea, which has implemented or struck 18 sets of FTAs with 58 countries as of November, said it plans to expand the network to cover a whopping 70 countries by the end of 2022.

When completed, South Korea will have a free trade network to cover around 90 percent of the world's combined GDP.

Yoo emphasized such efforts are needed to cope with rising uncertainties in the global business environment, sparked by the growing tensions between the United States and China. The two economies account for nearly 40 percent of South Korea's exports.

"Earlier this month, South Korea inked the RCEP, paving the way for stable trade with an economic bloc that accounts for a third of the global economy," Yoo added.

South Korea will broaden ties with Southeast Asian countries through its upcoming summit with ASEAN slated for later this month as well, Yoo said.