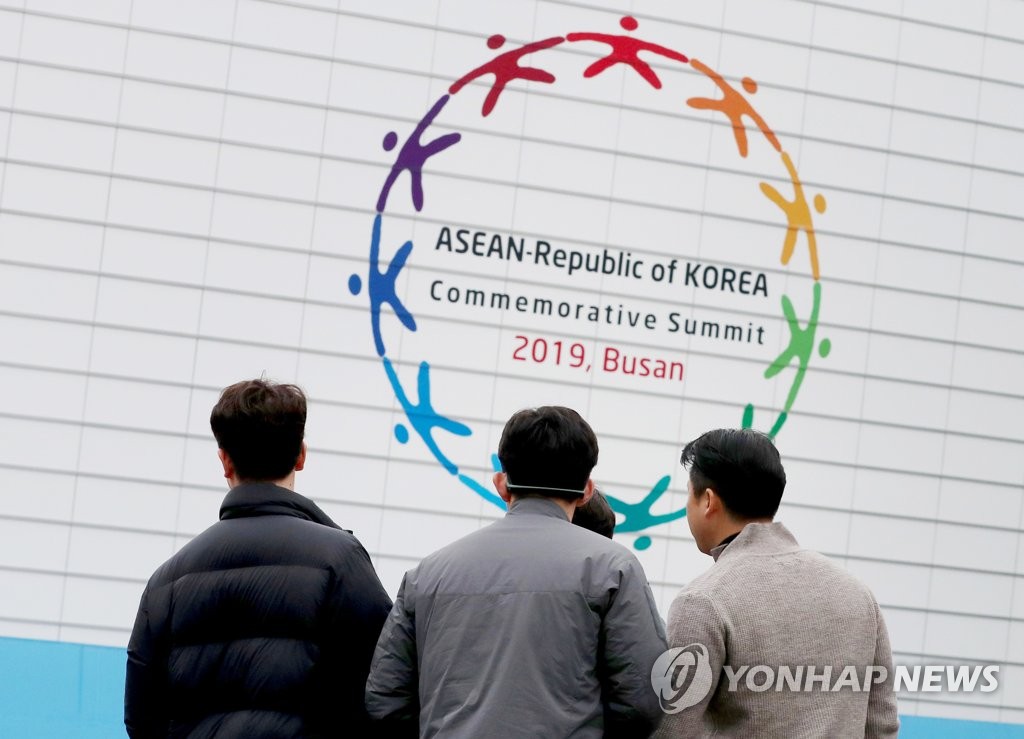 SEOUL, Nov. 24 (Yonhap) -- South Korea's trade with Southeast Asian countries soared around twentyfold this year compared to the 1980s, data showed Sunday, as they emerged as major trading partners of Asia's No. 4 economy.

The combined exports to the 10 members of the Association of Southeast Asian Nations (ASEAN) reached US$80 billion over the January-October period of 2019, according to the Ministry of Trade, Industry and Energy and the Korea International Trade Association.

Its imports from the countries reached $47.4 billion, indicating that South Korea enjoyed a trade surplus of $32.6 billion.

In 2018, South Korea's combined exports to the members reached $100 billion, with the trade surplus hitting $40 billion.

The latest figures are significant as South Korea's exports to ASEAN members reached around $3.9 billion in 1989, with imports standing at around $4.1 billion, indicating trade jumped around twentyfold through last year.

Since 1989, South Korea's overall exports grew around sevenfold through 2018.

By country, South Korea's trade with Vietnam grew at the sharpest pace. While Vietnam was the 59th-largest export partner for South Korea in 1989, the Southeast Asian country became the fourth-largest partner in 2018.

"The ASEAN members are growing at a fast pace, and they are considered to be young and prominent markets for the future. We anticipate South Korea's trade with the countries will continue to grow," a governmental official said.

The two-day ASEAN-Republic of Korea Commemorative Summit is scheduled to open Monday in the southern port city of Busan in celebration of the 30th anniversary of the launch of the two sides' dialogue relations.