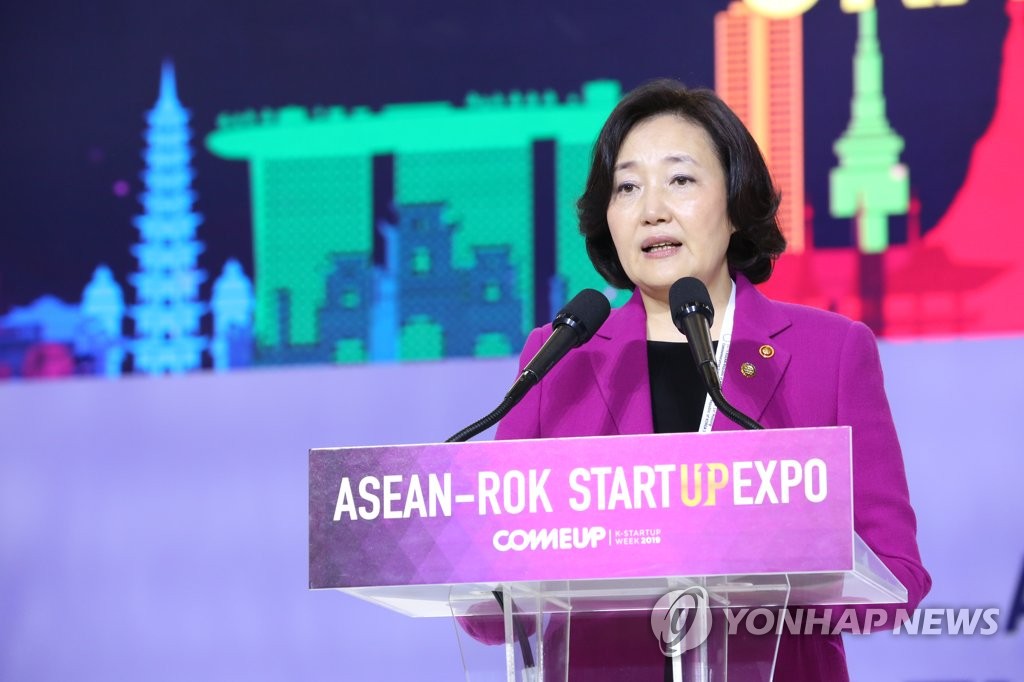 BUSAN, Nov. 25 (Yonhap) -- South Korea and Southeast Asian countries on Monday opened a startup expo to promote bilateral business ties between their startups on the sidelines of the Korea-Association of Southeast Asian Nations (ASEAN) special summit.

Some 3,000 government officials, businessmen and investors took part in the startup expo named ComeUp, which runs through Tuesday, at the BEXCO exhibition hall in Busan, 453 kilometers south of Seoul, according to the Ministry of SMEs and Startups.

"To promote startups and foster them into small but strong business leaders, it is essential for Asian nations to increase a variety of exchanges and strengthen cooperation," SMEs and Startups Minister Park Young-sun said in a statement.

South Korea's summit with the ASEAN in the southern port city of Busan is part of efforts to advance its signature New Southern Policy aimed at boosting bilateral ties with the regional bloc, an increasingly crucial partner due to its growth potential, rich resources and geopolitical strengths.

The Moon Jae-in government has put a focus on promoting startups as part of efforts to provide a level playing field to them in competition with their bigger rivals.