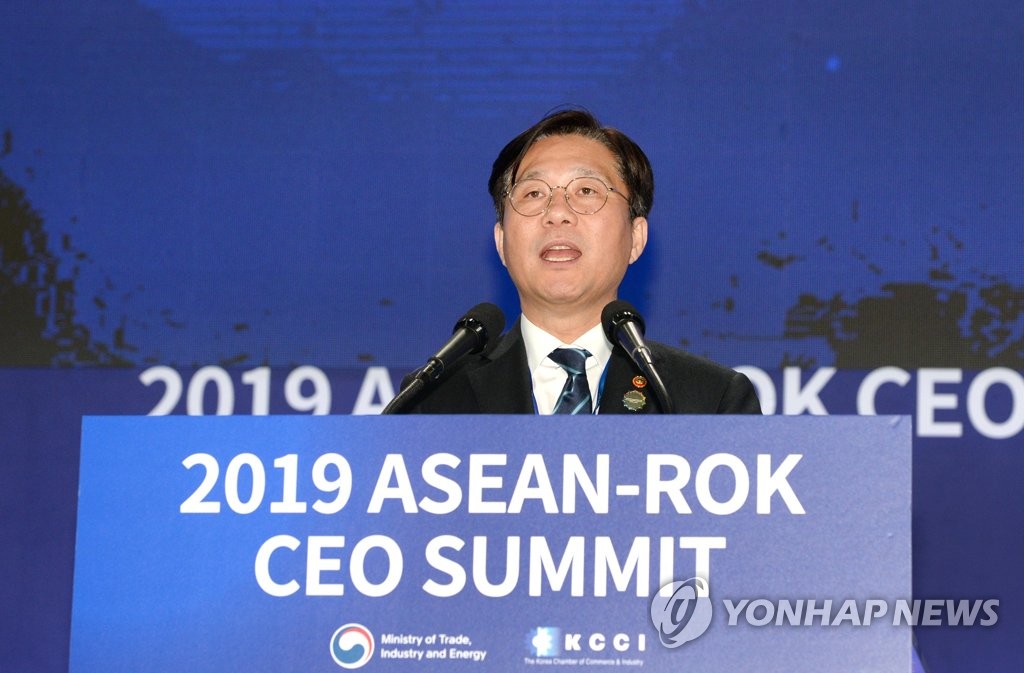 "As ASEAN is composed of 10 countries with different levels of economic and technology, we need to deal carefully with various demands for cooperation," Industry Minister Sung Yun-mo said at a meeting with reporters in the port city of Busan, 450 kilometers southeast of Seoul.

The remark came during the two-day special group summit between South Korea and the 10 countries of ASEAN, which kicked off in the city earlier in the day.

South Korea's industry ministry said the new platform could pave the way for the country to expand ties with ASEAN countries at different levels.

It added that the country could, for example, implement projects to beef up the competitiveness of Vietnamese firms based on its advanced technologies.

South Korea could also seek after further progress with countries that already have a high technological level, such as Singapore.

In a separate move, South Korea vowed to work with ASEAN to establish a joint research center for standardization.

"If South Korea and ASEAN set up standards of the fourth industrial revolution together, the two parties can vitalize trade more than ever and create new opportunities for the future," Sung said.

"South Korea will share its standards and related knowhow (with ASEAN members), which will help in improving the quality of the products sold in the market, eventually leading to shared growth and prosperity," Sung added.