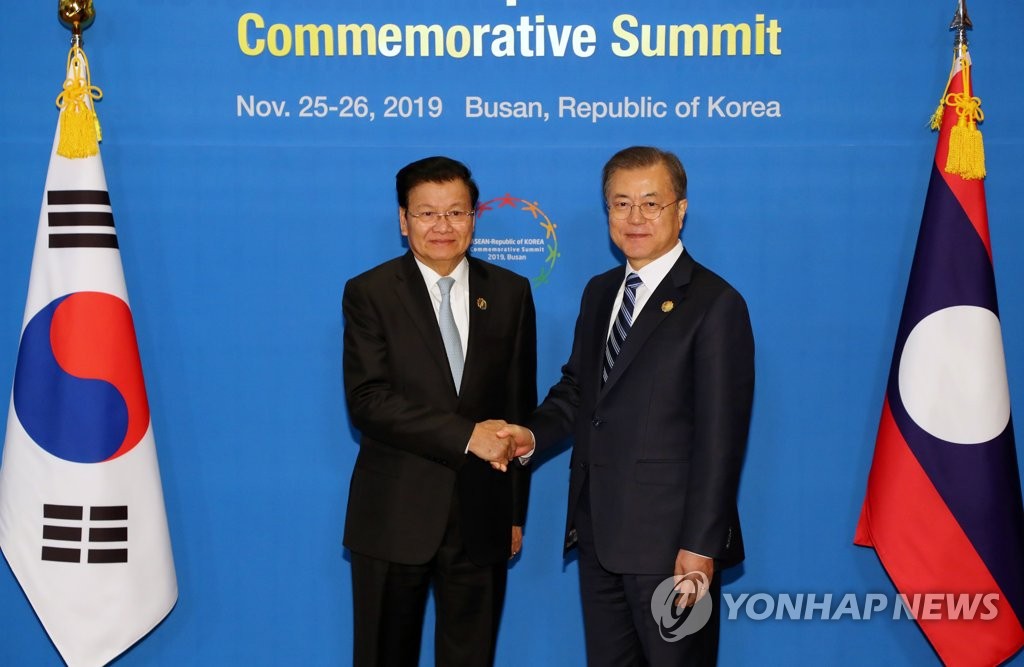 He made the commitment in bilateral talks with Laotian Prime Minister Thongloun Sisoulith in Busan, some 450 kilometers southeast of Seoul. The prime minister was on a visit to the port city for the ASEAN-Republic of Korea special summit to mark the 30th anniversary of their dialogue relationship.

They had a broad range of discussions on how to promote cooperation between the two countries, especially in promoting connectivity and strengthening partnerships in education, according to Cheong Wa Dae. Moon told the prime minister that Seoul will "actively cooperate" in the Mekong country's efforts to emerge as a regional transportation and logistical hub, it said.

Thongloun said expectations are high for South Korea's role in the development of the Mekong region.

He added that his one-on-one summit with Moon, the second in less than three months, would serve as a chance for further strengthening the foundation of bilateral cooperation ahead of the 25th anniversary of re-establishing their diplomatic relations in 2020.

The inaugural Mekong-Republic of Korea Summit is scheduled to open here Wednesday, also involving the leaders of Cambodia, Myanmar, Thailand and Vietnam.