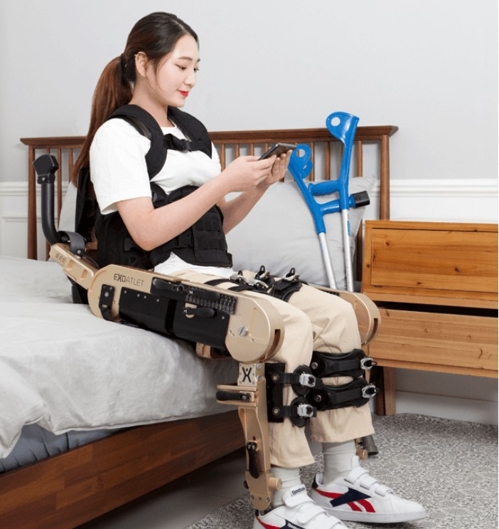 This Korean robotic prosthetist was transferred source technology for the product line that first originated from an engineering lab in Moscow State University, Russia, and successfully advanced it to be commercially available. Now, they started to open up new markets, being an officially licensed trader, not only in Korea but in South East Asia.

The success case of Exoatletasia along with several others, particularly those who’ve made a great achievement partnering with Russian counterparts, were introduced at ‘2019 ROK-RUSSIA Industry / Technology Partnership Seminar’, cohosted by Korea Trade and Investment Promotion Agency (KOTRA) and Korea Chamber of Commerce and Industry (KCCI) on Dec. 5.

Over 85 businesses in Korea and 25 from Russia in medical service, shipbuilding and high-tech industry attended a one-on-one business consulting service. A series of memorandum of understanding & partnership agreements for technology transfer / joint research work were also signed.

The event was held associated with the fourth round of ‘Korea-Russia Business Council’ general meeting, an official channel jointly sponsored by KOTRA and KCCI for business exchange since 2017.

“We both-Russia and Korea- have lacked channels to form technology partnership to be mutually interactive so far. Based upon KOTRA’s overseas networks, we’ll keep figuring out market demand in Russia and help local SMEs and startups be well matched with potential partners to work with.” said Executive Vice President for Economic Cooperation & Trade Affairs of KOTRA, Kim Sang-mook.