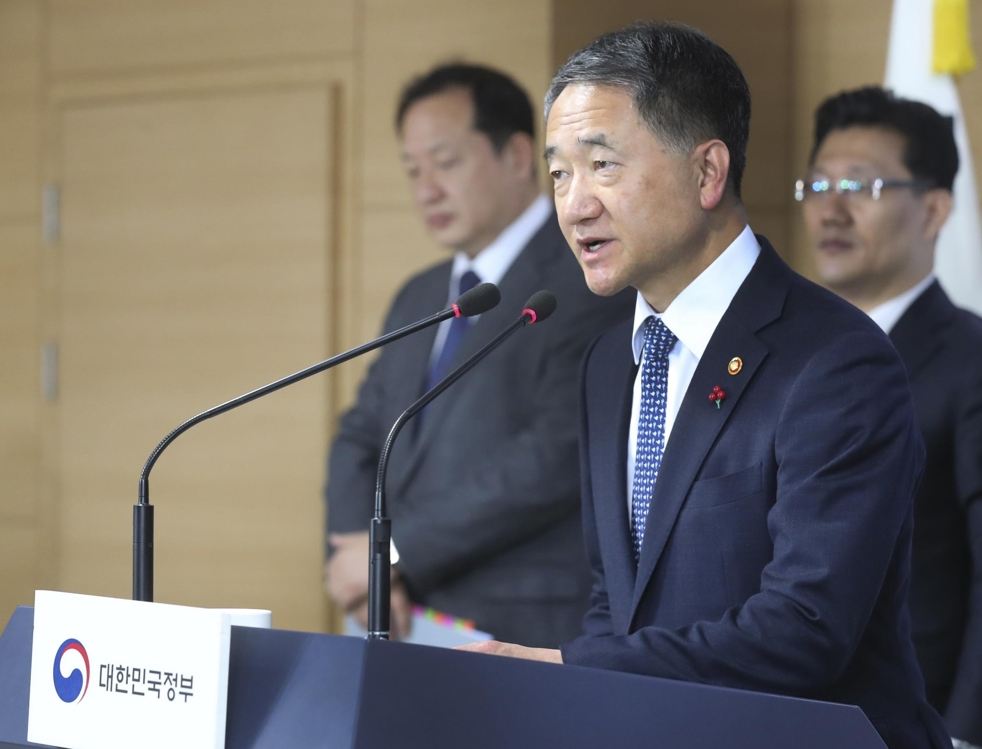 SEOUL, Dec. 5 (Yonhap) -- South Korea aims to become the third-largest cosmetics exporter in the world by 2022 through extensive investment in research and development (R&D) and concerted marketing efforts, the government said Thursday.

The country's makeup products are globally competitive, with growth buoyed by popularity of the Korean Wave and the growing reputation of K-beauty as being high quality yet affordable, the Ministry of Health and Welfare said.

It said despite such gains, there is room for improvement, with South Korean companies needing to do more to stay ahead of fierce competition from rivals, like Japan.

"The goal is to ship out more than 9 trillion won (US$7.6 billion) worth of cosmetic products annually and have at least seven of the world's top 100 makeup companies, from four at present," the ministry said.

It added that another goal is to have 276 local cosmetics companies with annual sales exceeding 5 billion won in the target year, up from 150 now. Such growth will contribute to the creation of 73,000 new jobs in the sector.

On the R&D front, Seoul will provide small and medium enterprises with 7.7 billion won in support next year, with 20-30 billion won to be injected in this field from 2020 onward.

Such efforts are expected to push up South Korea's makeup-making technology to 95 percent the level of global leaders, a gain from 86.8 percent at present. Such moves could, moreover, reduce the country's reliance on materials imported from Japan from 23.5 percent to 18 percent in 2022.

In regard to marketing, the ministry said more emphasis will be placed on the vast Southeast Asian market, where South Korean products are in high demand. The ministry said special K-beauty display areas will be opened in places frequented by foreign visitors to reach out to potential new consumers.

The Southeast Asian market is attractive as it can generate oversea sales that have taken a hit after South Korean relations with China snagged after Seoul deployed U.S. Terminal High Altitude Area Defense (THAAD) on its soil in early 2017. Beijing has strenuously opposed the deployment and imposed various sanctions on Seoul afterwards.

"After the THAAD incident, exports to China dropped and with the popularity of Japanese products, South Korean companies have been forced to compete hard to win over Chinese consumers," Minister of Health and Welfare Park Neung-hoo said.

He stressed that South Korean companies are in the process of introducing new products that are more tailored for the world's second-largest economy.

Trade data showed that in 2014, South Korea's cosmetics exports stood at just $1.8 billion, but this has risen to $6.3 billion last year, placing it in fourth in the world overall.

Its main overseas markets are China, Hong Kong, the United States, Japan, Vietnam and Thailand, with total numbers of makeup manufacturing companies and retailers standing at 12,000.