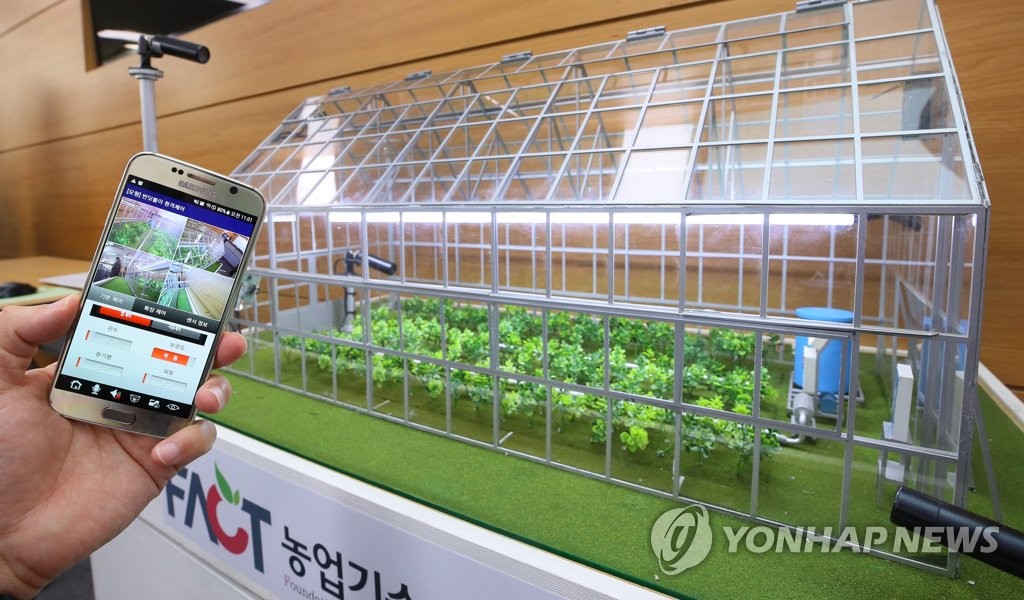 By Kang Yoon-seung SEOUL, Dec. 23 (Yonhap) -- South Korea said Monday it will launch a set of programs next year to nurture its smart farming industry with an aim to become one of the world's major exporters in the sector.

Under the vision, South Korea's annual exports of smart farm solutions will hit US$300 million in 2025, growing threefold from $100 million posted in 2018, according to the Ministry of Agriculture, Food and Rural Affairs.

The concept of smart farming centers on the application of cutting-edge technologies, such as big data, to provide optimized cultivating environments for various crops that can lead to an improvement in production quality and more efficient management of resources.

The area is considered one of the key future growth engines by the Moon Jae-in administration.

While the global market for the smart farming industry, estimated at $7.5 billion in 2018, is currently dominated by a few advanced nations, such as the United States and the Netherlands, South Korea said it can still find new opportunities on the back of its technical prowess.

Starting next year, South Korea plans to build two prototype smart farms overseas, which will serve as the hub for the country's exports of related solutions. The locations will be selected after carrying out more research.

To nurture the domestic firms, the country also will provide them with low-interest loans and other financial support.

South Korea will invest 386.7 billion won (US$332 million) to carry out smart farming-related R&D projects from 2021 to 2027, which will allow the country to export premium smart farming packages.

The on-going project to establish so-called smart farm valleys in four locations in the country by 2022 will be commenced without any delay, according to the ministry.

The valleys will serve as test beds for the smart farming industry, where farmers can rent plots of land at reasonable fees.

Under the blueprint, the country will apply smart farms to official development assistance (ODA) projects for Vietnam and Uzbekistan, providing them with the South Korean model of smart farms.

Seoul is also currently seeking to join deeper ties with the United Arab Emirates (UAE) and Qatar in the smart farming industry, which would pave the way for South Korea to penetrate deeper into the Middle Eastern market.