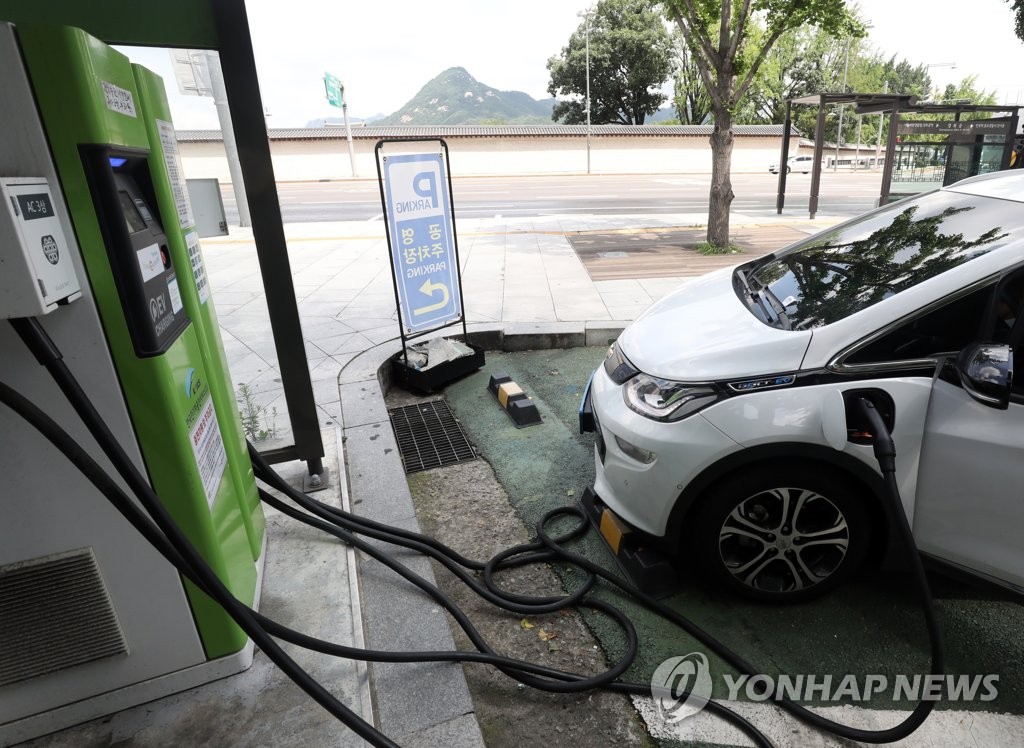 By Kang Yoon-seung SEJONG, Jan. 3 (Yonhap) -- South Korea said Friday it will allocate more money to foster the eco-friendly automobile market this year in a long-term plan to have such cars take up a quarter of all car exports by 2030.

To further foster the segment, South Korea said it will allocate 950 billion won (US$821 million) this year to provide customers with subsidies and install more charging stations across the country, according to the Ministry of Trade, Industry and Energy. The budget marks a 60 percent increase from 2019.

Another 204 billion won will be spent to support local companies' research and development projects in 2020, up 54 percent from a year earlier.

"While the global automobile industry is facing a setback amid the growing protectionism and slowing demand, the market for eco-friendly cars is nevertheless expanding at a fast pace," an official from the ministry said.

The cars accounted for 10 percent of the country's total automobile exports, which also marked a sharp rise from 1 percent posted in 2015, the ministry said.

The increase came as South Korea penetrated deeper into the Southeast Asian market, with the number of export destinations rising by nine countries compared with a year earlier, the ministry added.

South Korea said it aims to expand overseas sales of such cars by targeting specialized areas, such as airports. It will induce local carmakers to expand their portfolio to cover not only passenger cars but also larger sized eco-friendly models, such as buses and trucks.

The country has been promoting the use of eco-friendly cars in line with its new energy policy that centers on using more sustainable resources and less fossil fuel.

For all of 2019, South Korea's exports of cars rose 5.3 percent in terms of value to $43 billion, becoming the only segment of the top 13 products to grow at an annualized pace.

Of the automobile exports, outbound shipments of electric cars jumped a whopping 82.7 percent to $3.2 billion.

The overall outbound shipments of Asia's No. 4 economy, on the other hand, plunged 10.3 percent, due mainly to a slump in the global chip market coupled with the trade feud between the world's top two economies.

It marked the first time in 10 years for the annual exports to drop by a two-digit percentage.

South Korea said the country's exports are expected to rise 3 percent this year following the recovery of the mainstay chip industry, along with the improved business environment for cars, ships and rechargeable batteries.