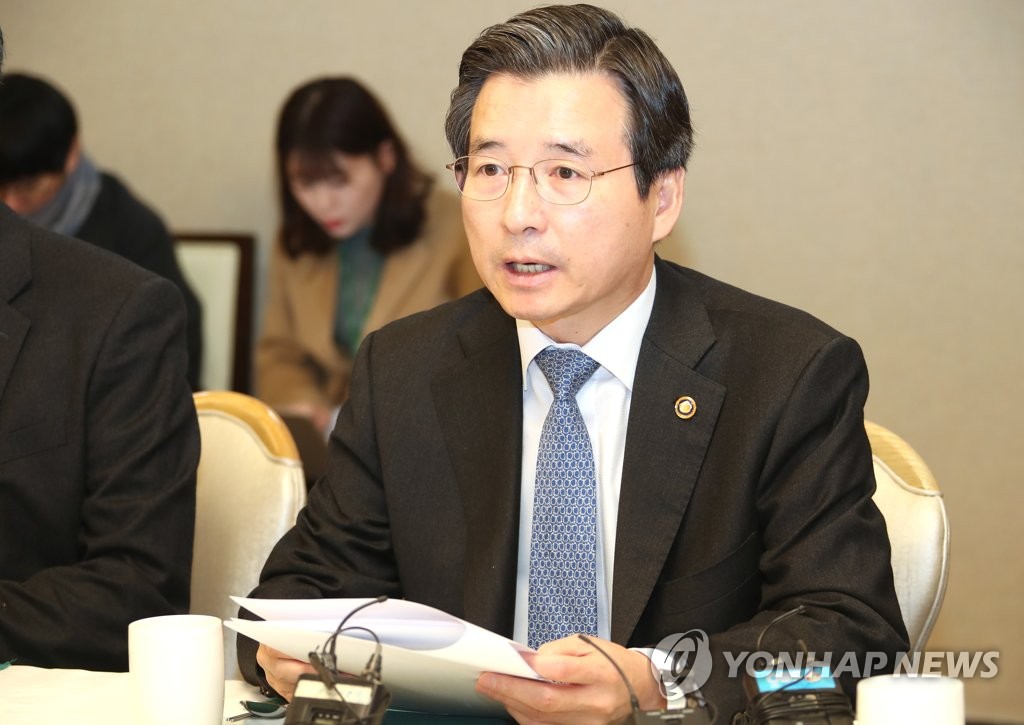 Vice Finance Minister Kim Yong-beom said the government will ask state-run financial institutions, including the Export-Import Bank of Korea, to offer such support this year.

According to the ministry, 71.4 percent of the state budget, which covers welfare and other fiscal spending, will be front-loaded for use during the January-June period.

The nation's economy is expected to grow 2.4 percent this year, following last year's estimated 2 percent expansion, on the back of an anticipated recovery in the memory chip sector and a series of policy measures.

Hit by a lengthy U.S.-China trade war and a cyclical slump in the memory chip sector, Korea's economy is poised to report its weakest annual growth in a decade last year.