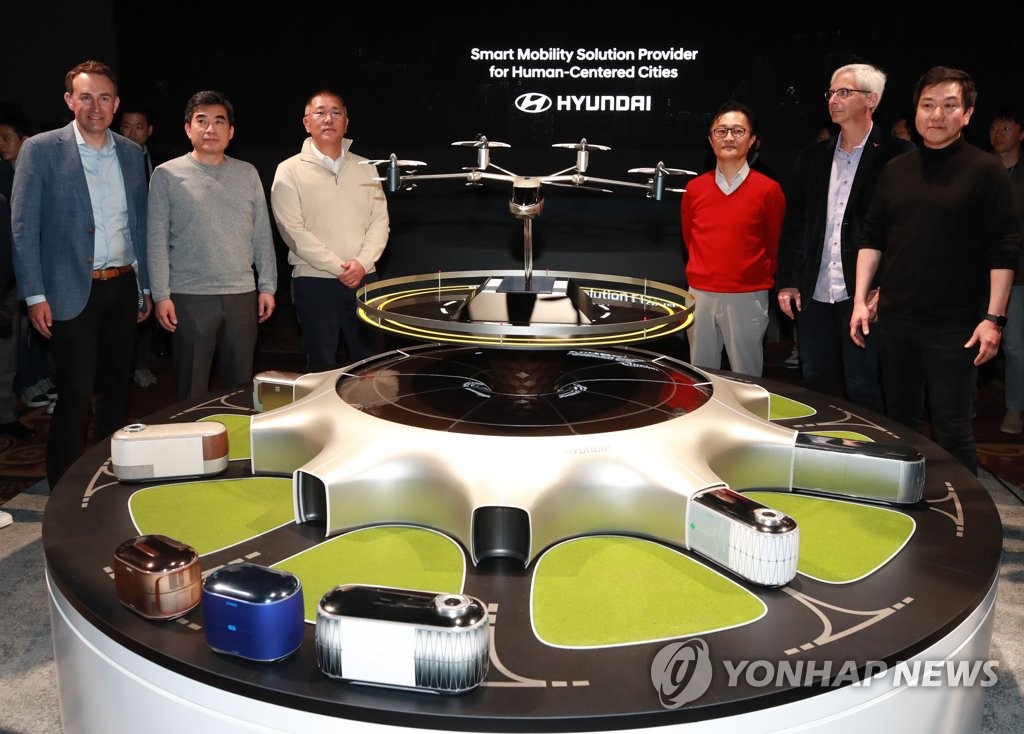 SEOUL, Jan. 8 (Yonhap) -- Hyundai Motor Co. said Wednesday it has partnered with Uber Technologies Inc. to foster urban air mobility service in its latest move to take a lead in the fledgling business.

Hyundai Motor and Uber signed a strategic deal, the first of its kind for the U.S. ride-hailing company, in Las Vegas on the sidelines of the Consumer Electronics Show (CES), which kicked off its four-day run on Jan. 7 (local time), the company said in a statement.

"We will work with Uber to develop new technologies and push for new businesses that will have people redefine the meaning of movement and help liberate people from gridlock and reclaim time for people to invest in activities they care about," Chung said.

At CES, the South Korean carmaker unveiled the 'S-A1' PAV concept jointly developed with Uber as the PAV represents the UAM service, a key future innovation business that can help overcome urban challenges, like traffic congestion, and connects the sky and the ground.

Hyundai's first concept PAV, capable of electric vertical takeoff and landing (eVTOL), will be operated initially by a pilot during the early stage of commercialization and driven autonomously once the relevant technologies are developed.

Hyundai expects UAM will be commercialized in 2028, and the UAM services will be offered first in overseas markets. For the launch of domestic services, the carmaker will continue to consult with authorities to revise or ease relevant rules and regulations, Chung said.

UAM is one of three innovative mobility solutions sought by Hyundai Motor Group, along with purpose built vehicle (PBV) and Hub, a place for mobility transfer and community activities.

PBV allows passengers to enjoy tailored services while traveling to their destinations. Upon personalization, PBVs can function as a restaurant, coffee shop, and hotel, or even a clinic and pharmacy, in addition to an urban shuttle.

PBV and UAM connect at the Hub, which will be installed across future cities to form a mobility ecosystem. The Hub has a skyport for the PAV on the top and docking stations on the ground for the PBV to approach and depart from multiple directions.

Some 200 companies have jumped into the manufacture of PAVs and the UAM business to seek a new growth driver in the rapidly changing automotive industry, Hyundai said.

U.S. investment bank Morgan Stanley forecast the size of the global UAM market will reach US$1.5 trillion by 2040.