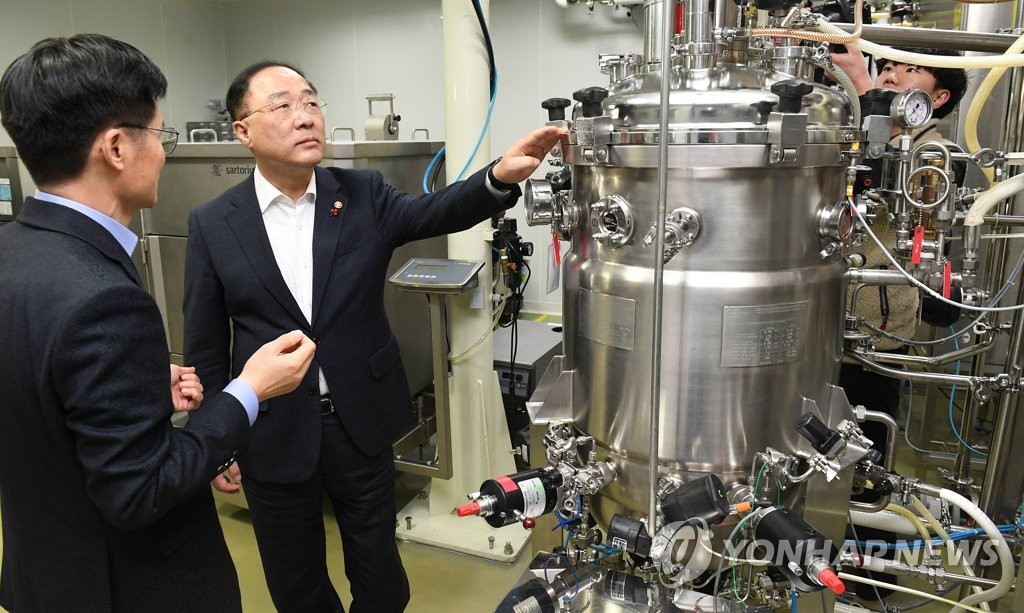 Hong made the remarks as he visited a biotechnology firm in Seongnam, south of Seoul, earlier in the day.

Hong also vowed to step up deregulations to help biotechnology startups become unicorns with a valuation of more than $1 billion.

"Regulations are the biggest hurdle for the biotechnology industry," Hong said.

Biotechnology startups have been able to develop products without regulatory hurdles. Under a so-called regulatory sandbox, biotechnology firms are exempted from strict regulation.

This year, the government will designate 10 industrial sectors, including the biotechnology industry, to benefit from the regulatory sandbox, Hong said.

South Korea's biotechnology industry output increased 3.3 percent in 2018 from the previous year on the back of robust growth of the outsourced sector.

The value of output in the local biotechnology industry was estimated at 10.48 trillion won in 2018, compared with 10.13 trillion won a year earlier, according to data by the Korea Biotechnology Industry Organization.