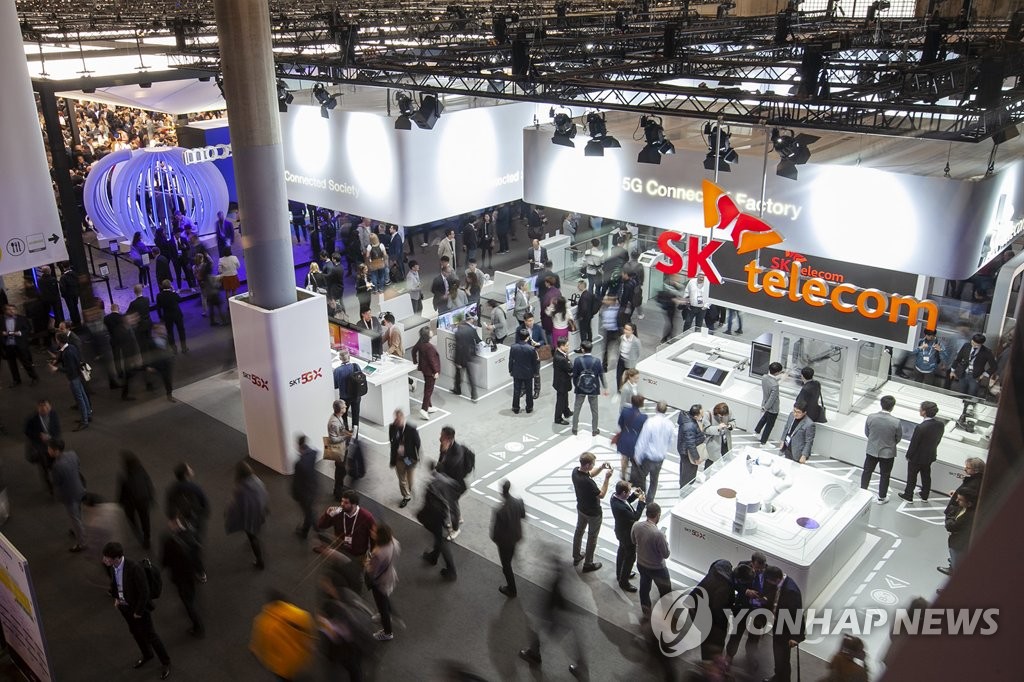 By Joo Kyung-don SEOUL, Feb. 1 (Yonhap) -- South Korea's three major telecommunication companies said Saturday they will participate in the upcoming mobile technologies trade fair as planned despite growing fears over the spread of the new strain of coronavirus.

The MWC is one of the top three tech events in the world, along with the Consumer Electronics Show in the United States and IFA in Germany.

"We are preparing for the event as planned since GSMA, the organizer of MWC, announced it will proceed as scheduled," said a SK Telecom spokesman. "At this moment, we are not considering withdrawing from the event."

More than 3,000 South Koreans were estimated to have attended the event in Barcelona last year.

At MWC, South Korean mobile carriers are expected to promote their 5G services and related technologies. CEOs and senior executives are also expected to attend the event to discuss business opportunities with others.

Industry insiders have been pointing out that the upcoming MWC could be vulnerable to the virus since it is an indoor event where lots of people experience new handsets and wearables displayed at exhibitors' booths.

The GSMA said Wednesday that there have been no registration impacts on MWC Barcelona in regards to the outbreak of the virus, although it urged exhibitors and attendees to follow guidelines and protocols suggested by the World Health Organization and other health authorities.

The annual gathering for the mobile industry drew nearly 110,000 visitors last year, with 6 percent of them coming from China, the fourth largest after Spain, the United States and Britain, according to data from GSMA.

China is where the outbreak started. So far, more than 250 people were killed in the Asian nation due to the novel coronavirus, with nearly 12,000 infected, according to Beijing's health authorities.