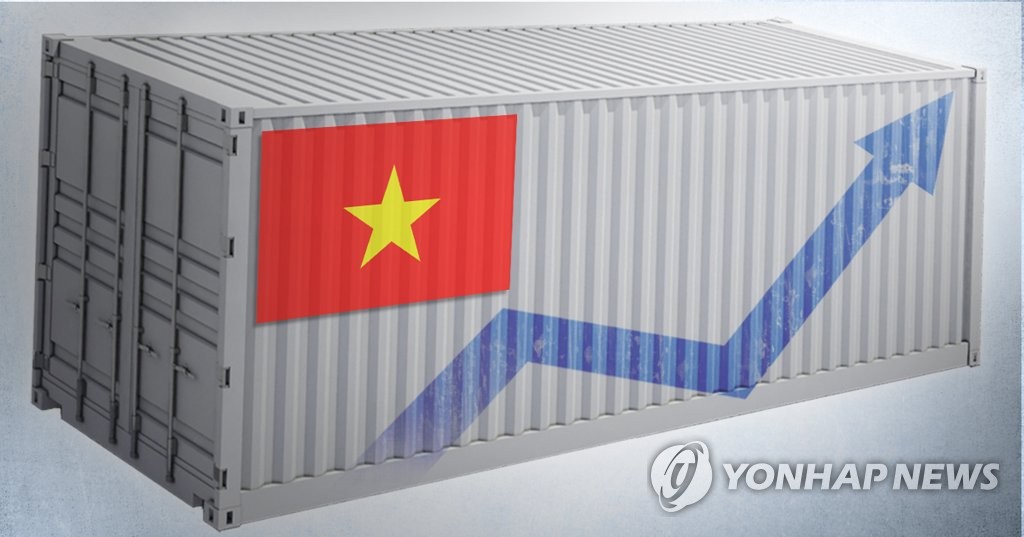 The combined trade volume between the two countries reached US$69.2 billion in 2019, compared with $37.6 billion posted in 2015, according to the Korea Customs Service.

South Korea and Vietnam implemented the FTA in December 2015, after kicking off their first negotiations in 2012.

South Korea's exports to Vietnam came to $48.2 billion in 2019, jumping 73 percent from four years earlier. The figure, however, fell 0.8 percent on-year as the trade feud between Washington and Beijing weighed down on the business sentiment around the globe.

Vietnam was the third-largest export destination for South Korean goods in 2019, moving a notch up compared with 2015 by outpacing Hong Kong.

Exports of chips to Vietnam, in particular, grew sharply over the cited period, reaching $10.7 billion in 2019, compared with only $2.8 billion posted in 2015.