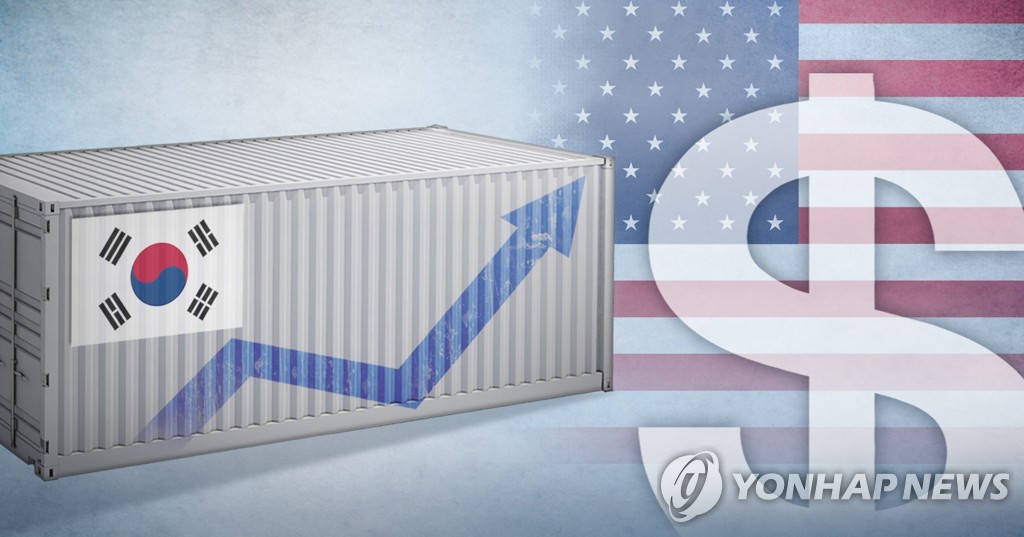 Trade volume between the two countries in 2019 also moved up 2.7 percent on-year, which is significant considering South Korea's overall trade with the world plunged 8.3 percent over the period to $1.04 trillion, according to the data compiled by the Ministry of Trade, Industry and Energy.

In 2019, South Korea's combined outbound shipments alone fell more than 10 percent on-year due to the growing protectionism around the globe, coupled with the falling price of memory chips, which are mainstay export goods for Asia's No. 4 economy.

South Korea's exports to the U.S., on the other hand, managed to edge up 0.9 percent, the data added.

South Korean carmakers and chip producers, meanwhile, were major winners from the bilateral FTA over the 2012-2019 period.

Exports of automobiles to the U.S. reached $15.7 billion in 2019, up nearly 50 percent from 2012. Outbound shipments of chips to the world's top economy more than doubled to reach $5.95 billion over the cited period.

South Korea enjoyed a trade surplus of $11.4 billion in trade with the U.S. in 2019, although the amount is down 17 percent from a year earlier.

The amount of investment in South Korea pledged by U.S. investors also reached $6.84 billion in 2019, up 16.4 percent on-year to set a new record.