KOTRA to further reinforce its service to help businesses in Korea
Date
2020.03.18
Views
466 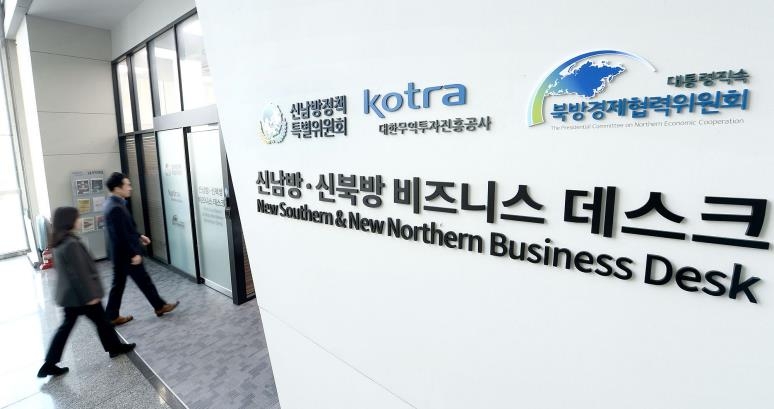 
In commemoration of the very first anniversary of the “New Northern Policy to drive economic cooperation and peace on the peninsula”, Korea Trade and Investment Promotion Agency (KOTRA) and the Presidential Committee on Northern Economic Cooperation announced on Mar. 10 that they’ll reinforce the nation’s diplomatic and economic portfolio, shifting their focus from the previous “New Southern Policy” into “New Southern & Northern Policy Business Desk” to give broader range of services to businesses who’ve set foot into the regions.

A web portal of Northern Economic Cooperation that helps in navigation gives access to local market information, providing a platform where users can meet with KOTRA KBC consultants to learn more of trade, investment and business authentication process.

KOTRA KBCs in Moscow, Russia and Ulaanbaatar, Mongolia give on-site support to those who wish to make investment, while share information on business grievances and workplace disputes with the government bodies.

Kwon Goo hoon, chief of the Presidential Committee on Northern Economic Cooperation said “I personally think now is the time to gain momentum to push ahead with the initiative, New Northern Policy, as we mark the 30th anniversary of ROK-Mongolia or Russia. I’ll spare no effort to turn the growth spurts into a landmark achievement, making this year the first moment to see gains.”

Adding to his remarks, head of KOTRA, Kwon Pyeong oh, also left his comments saying “We’ll make North East Asian bloc, which connects to the Eurasia, a new breakthrough to help corporations in Korea wrestling with the economic fallout from the deadly virus.”