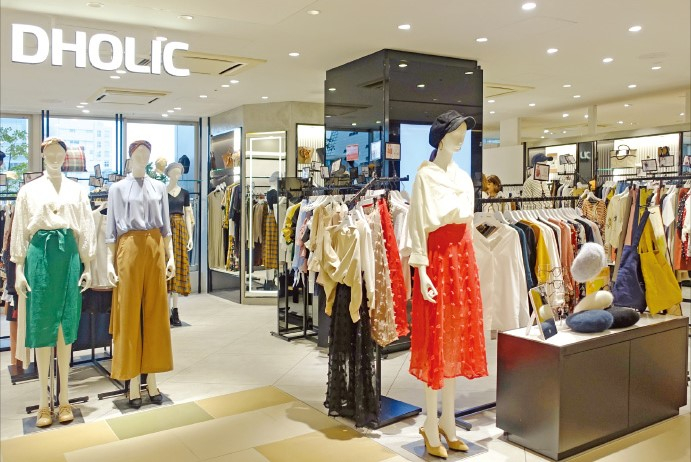 South Korea-based Dholic Commerce is an online retail platform that sells Korean fashion items and cosmetics to the Japanese market. The startup is considered to be among the most successful e-commerce firms to have tapped into Japan.

"Our company is leading the online fashion market in Japan. We’re creating something that isn’t Korean fashion nor Japanese fashion, but Dholic fashion," said Lee Dong-hwan, the company's chief executive, in an interview with The Korea Economic Daily on Apr. 26.

Lee describes Dholic as a first-generation company on the fashion e-commerce scene. He previously worked at a venture company that selected items from Korea's fashion mecca Dongdaemun to promote on websites to overseas buyers. But the company shut down when the dot-com bubble burst in 2000. In the following year, Lee started an online apparel shopping mall named Dahong, at a time when the concept of purchasing clothes online was still unfamiliar.

But with online shopping malls popping up everywhere from the mid-2000s, Lee decided to venture abroad, setting up operations in China and Japan in 2006 and 2008, respectively.

Lee focused on the Japanese market because of the country's high income level and proximity to Korea, giving the company an advantage in shipping. Also, e-commerce development was slow in Japan at the time, making the market a blue ocean.

Lee’s hunch proved right. Since its inception, Dholic has grown to log 110 billion won ($99 million) in annual online gross merchandise value (GMV). At the end of 2019, the company raised 16 billion won from venture capital firm We Ventures and received an enterprise value topping 100 billion won. The company plans to go public in a few years.
“Since receiving VC funding, many Japanese companies have reached out to us to discuss investment opportunities," said Lee.

Lee says it was Dholic's localization strategy that led to its monumental success in Japan, such as customizing Korean fashion to meet Japanese trends.
“For clothes, styling is more important than where it's made. Simply put, instead of "Made in Korea," -- "Styled by Korea" was a huge hit in Japan,” said Lee.

Further, Dholic's shipping is relatively fast, allowing customers to receive products in just three to four days compared to the usual overseas shipping period of 10 days or more.
“Speedy and accurate shipping is crucial for overseas logistics. We inform our customers in advance if we think it’ll take over five days to ship the products,” Lee explained.

The company is preparing for a second leap. This summer, Dholic will relaunch operations in China to target the country's fast-growing e-commerce market. The company also plans to open up a 5,000-square-meter studio within the year to generate content in collaboration with Japanese influencers.

Alongside the business expansion, Dholic will also hire additional developers and expand the number of stores listed on its platform.