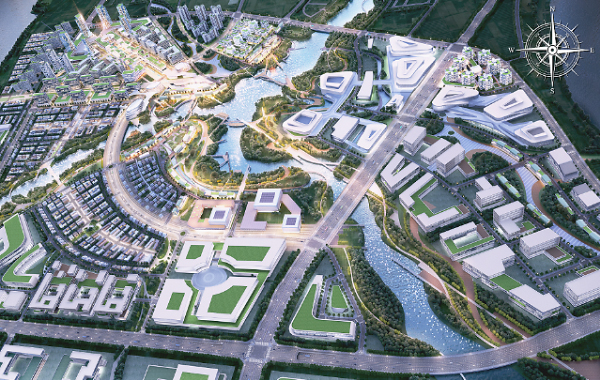 LG CNS would be in charge of the construction and operation of a pilot smart city on an empty lot of 2.77 million square meter in western Busan, which is being designed under a new urban development project called Busan Eco Delta City for a population of up to 100,000 people.

The smart city project which occupies about 23 percent of the planned city size requires the establishment of DX services for such as smart IoT, MaaS (mobility as a service) with autonomous driving, robots for delivery, cooking and serving, waste recycling and individualized healthcare, among others.

The Busan project is another win for LG CNS following its selection as the construction operator of Sejong Smart City National Demonstration City, Korea’s first national pilot city, last year. The two projects could provide a foothold to the company in its path toward business expansion into the MyData service sector, which is being pushed by the new government.

The Busan Eco Delta Smart City project costs 5.4 trillion won ($4.23 billion) in total. About 70 billion won from state budget was earmarked for the project and the remaining will be financed by the private sector. About 2 trillion won could be raised by selling all planned 3,800 apartment houses. Commercial buildings and tradable data from city management could be another financial source.

The win however is not final. Talks could fall apart at the last moment due to potential discord among consortium members as seen in two previously selected consortiums last year.

The high project cost to be covered by the private sector, up from initial 3.6 trillion won, is another burden on the consortium members. This means they will have to come up with a monetization model that makes more sense, but it is still unknown how profitable the smart city project will be.

By Na Hyun-joon and Minu Kim