Introduction of the Foreign Investment Ombudsman

The Office of the Foreign Investment Ombudsman is a complaint handling body for foreign-invested companies which has been devoted to resolving challenges faced by foreign-invested companies during business activities in Korea since 1999. The foreign investment ombudsman is commissioned by the President of the Republic of Korea. The office operates a Home Doctor system with specialists from various areas, including finance, accounting, law, industrial sites, taxation, and labor, and strives to create a more stable environment for foreign-invested companies.
Korea’s foreign investment ombudsman system has been praised by international society, including the United Nations Conference on Trade and Development (UNCTAD) and the Asia-Pacific Economic Cooperation (APEC), as a successful case for facilitating cross-border investment and preventing investor-state disputes (ISD). Many countries, including Russia, Kazakhstan, Brazil, and Vietnam, have benchmarked Korea’s system. The office works hard to prevent any possible problems and improve Kora’s investment environment by utilizing accumulated data from previous cases.
Link to the Office of the Foreign Investment Ombudsman 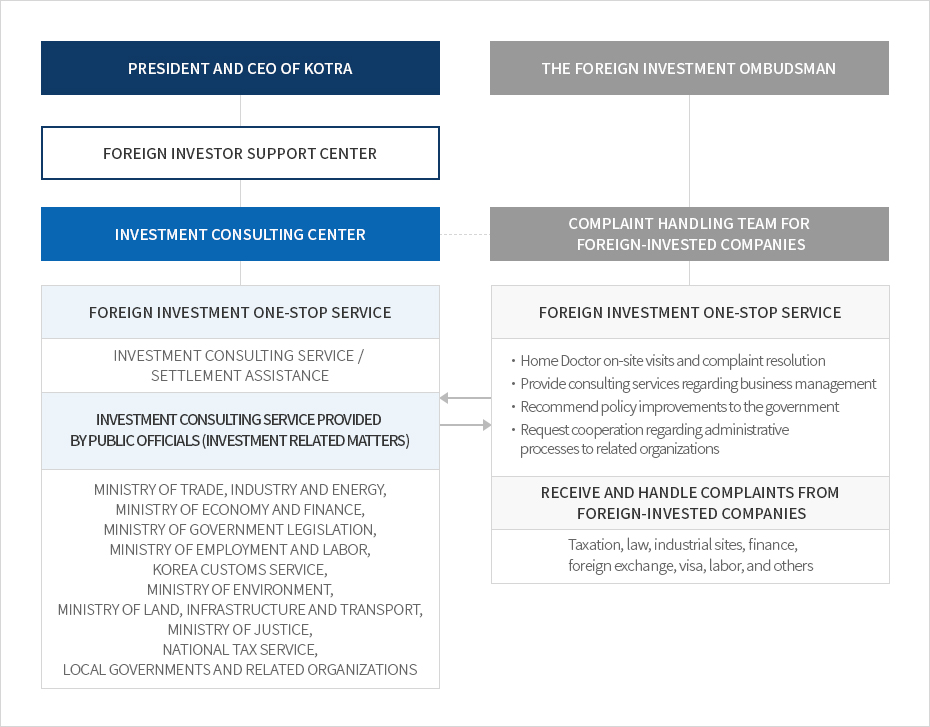 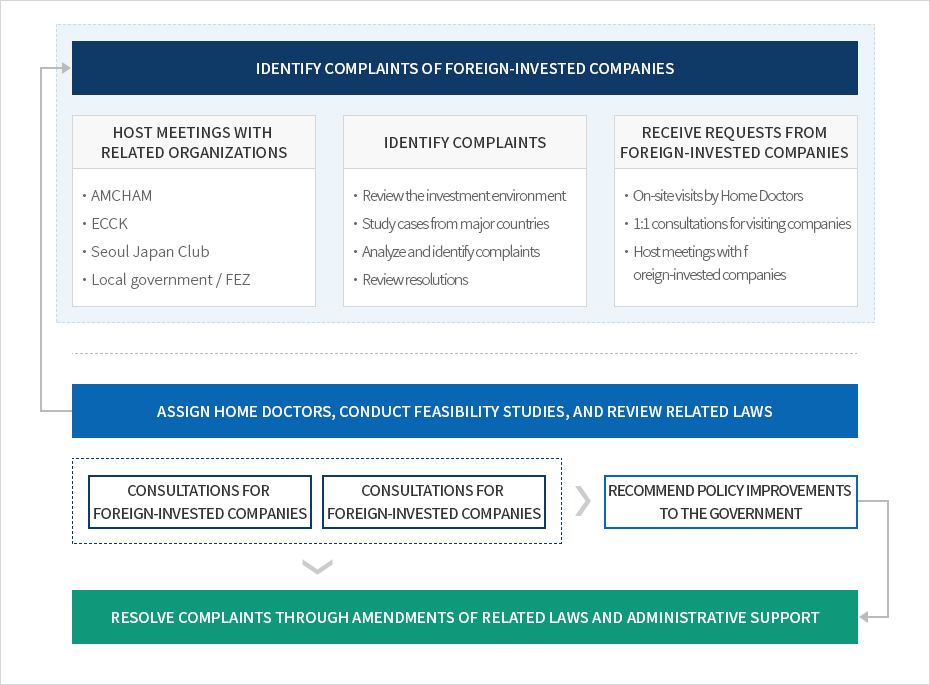