Composition of the complex 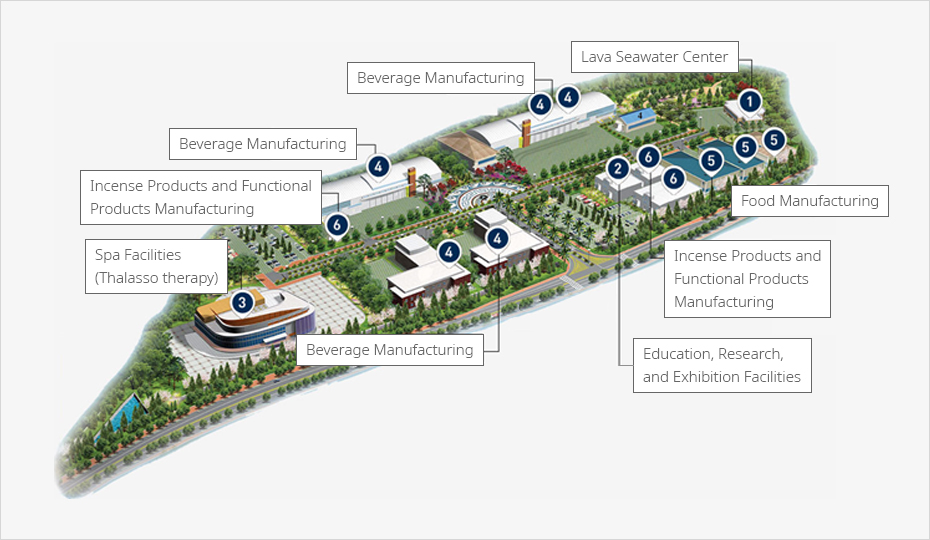 What is Lava Seawater?

Pure and Clean Water from the Pristine Jeju Sea

Lava seawater is a unique underground water resource of Jeju and contains rich minerals and nutritive salts with almost no organic material or pathogens. Creation of Jeju Island and Lava Seawater

Lava seawater is produced when seawater runs underground and is naturally filtered through volcanic bedrock. This water is a unique resource of Jeju and it contains rich minerals and nutritive salts with almost no organic material or pathogens.

Deep sea water collection involves significant costs for the installation and management of intake pipes since it is collected from the deep sea over more than 200m.
On the other hand, lava seawater is collected from underground sources, requiring less investment. Mineral ingredients from the volcanic bedrock can be utilized for multiple purposes.

The eastern area of Jeju Island has volcanic bedrock through which seawater can easily run, which is why lava seawater is found mostly in east Jeju. 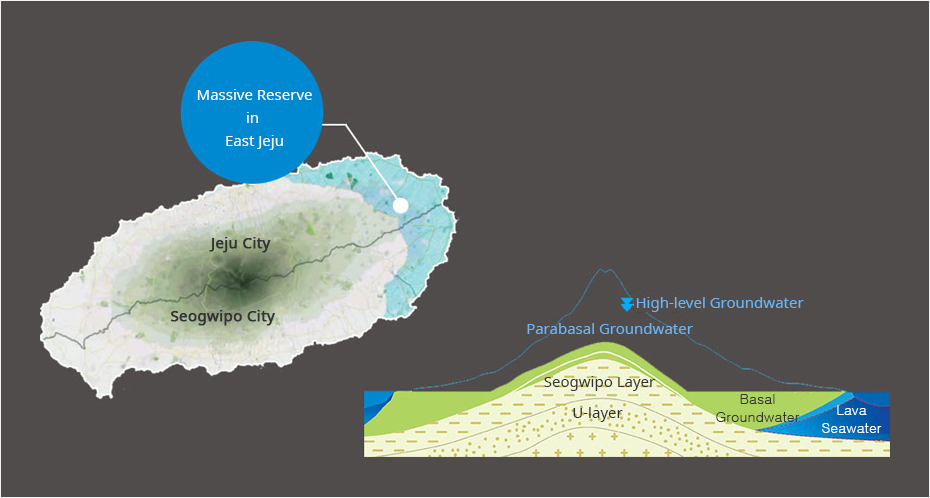 Lava seawater, which contains healthy minerals such as natural calcium and magnesium, is likely to increase the value added of various products such as functional beverages and cosmetics.