(MUJU=Yonhap News) The 2016 International Open Taekwondo Festival began on February 28 at the T1 stadium of Taekwondowon in Muju. 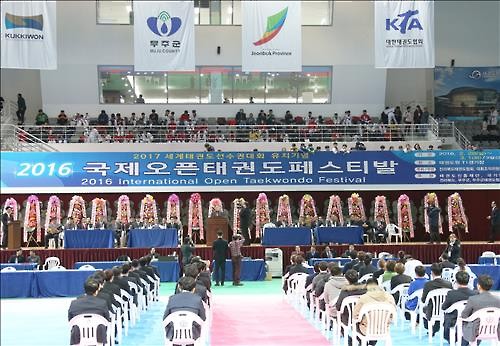 Organized by the Jeonbuk Taekwondo Association, around 1,700 athletes at home and abroad will compete in the games until March 1.

"As the host of the 2017 World Taekwondo Championships, I hope the 2016 International Open Taekwondo Festival will be a great success," said Hwang.