(JEONJU=Yonhap News) At 6 p.m. Friday, hundreds of colorful lights lit up on the open-air ceiling of Jeonju Nambu Market and festive music turned on, heralding the start of a two-day night market.

The market, which has been located in front of Pungnammun, the southern gate of an ancient Jeonju castle, for hundreds of years, lets one enjoy a feast of appetizers, main dishes, desserts and coffee that are served at one place in the city known for its mixture of tradition and modernity. One's eyes are also caught by the magnificent performances by street chefs during meals.

In the middle of the cobweb-like narrow alleys of the market, Kim Seo-hee, 38, who works at a Seoul bank, begins her special dinner at Jeonju Nambu Market with Japanese brochette, deep-fried shrimp and roasted crab.

A string of chicken pieces skewered along with other ingredients are roasted on a hot grill while shrimp coiled with noodles sizzle in a big oil pan. Next, there are dozens of cups filled with tiny crabs that are about to make a crisp noise in one bite.

"The skewered chicken and fried shrimp are my favorite!" she said, holding a stick of chicken brochette and a plate of prawn fries. "I can taste them one by one. I'll try the fried crabs, too." 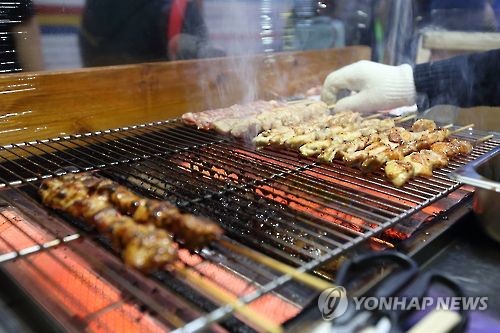 Then she moved to another corner for her main dish, as her appetite is fully whetted by air thick with the smoke of charcoal grills and the scent of various seared meats.

A number of people are waiting in a long line at a steakhouse where the chef performs a show for street diners, creating volcano-like flames on the meat. 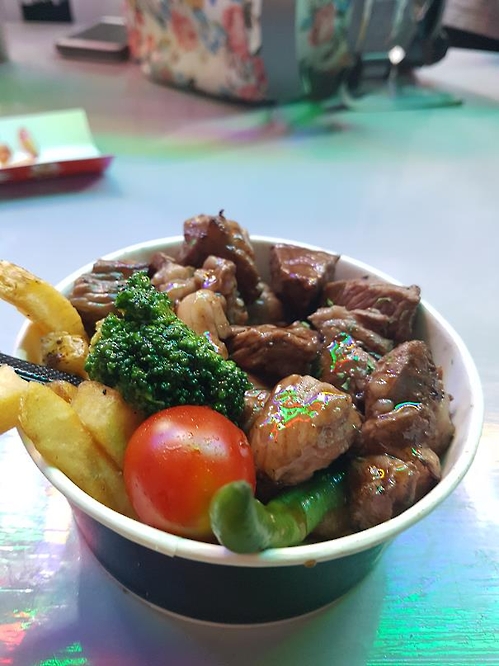 After receiving a paper bowl of medium-well-done chopped steak decorated with paprika, onion and asparagus, Kim cut into a small space at makeshift bistro tables where many people already helped themselves to crab gratin with cheese and corn in a crab shell, beef sushi and a wrap of grilled pork belly, or samgyeopsal.

"It's amazing to share this small box table with this many strangers here," said Kim. "I glanced at a samgyeopsal wrap that one of my table neighbors was eating. I rushed to the cafe and bought a piece, as it looked so delicious!"

On the other side of the alley, there are small cafes of Asian cuisines that serve bowls of Vietnamese rice noodles, Thai-style stir-fried noodles, Pad Thai and Filipino dumplings. 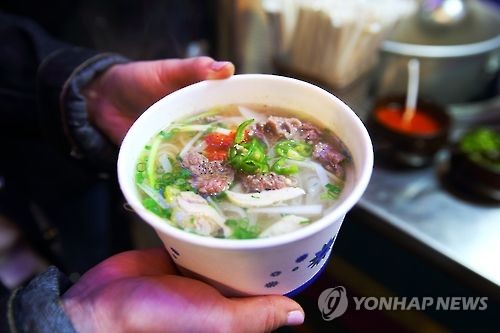 With an order of Pad Thai, the chef starts to cook the dish, searing noodles mixed with vegetables and brown sauce on a wide frying pan, making already-full customers' mouths water again.

"During peak season I sell 200 bowls of Pad Thai a day," Titaphon, who has run the "Smile Thailand" cart for a year, said in fluent Korean. "I prepare all ingredients such as vegetables, sauces and seasonings at home by myself. You can't find the same flavor anywhere else in the world." 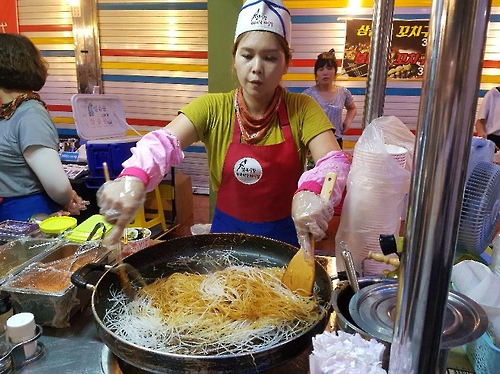 The wide range of desserts cannot be missed at Jeonju Nambu Market.

Grapefruit beer, which comes in a glass covered with a thick slice of grapefruit, is one of the most popular beverages among market fans, along with transparent rice jellies shaped like water drops, roasted mozzarella cheese, fruit tarts and bowls of shaved ice dotted with mango cubes. 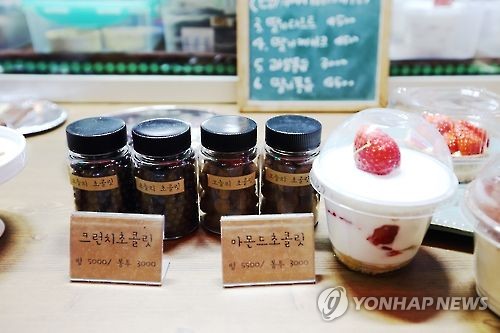 At the same time, a nameless female singer sings a trot song, the oldest form of Korean pop music, on a small stage in the center of the market, attracting many of the senior market shoppers.

In the southern part of the sleepless market, a two-story building is also open for diners and shoppers who want to look at handmade accessories and knicknacks after dinner.

The small in-house mall is designed to provide rare opportunities for young artists and businesspeople to show their creativity and run a venture shop in the middle of the city. 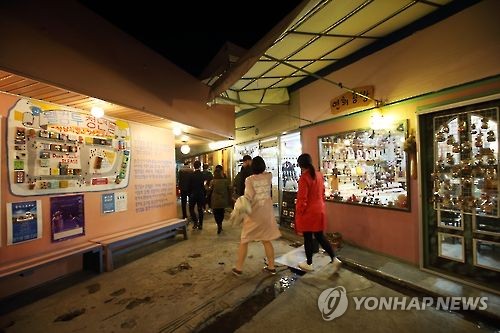 "I can feel and experience everything here. Dishes from all times and all ages, folk songs and pop songs, cheap daily necessities and handmade craftworks," said Kim. "And I like the atmosphere of young people working in the small shops upstairs."

Jeonju Nambu Market is one of the oldest outdoor marketplaces in North Jeolla Province, a wealthy and affluent region located on Korea's southwestern plain. The market sprung up during the 1392-1910 Joseon Dynasty.

The traditional market with 800 shops and stores in the 20,000-square-meter space was transformed into a modern-style market with the weekend nighttime street feast in 2014 as part of a government-led modernization project worth 1.45 billion won (US$1.27 million) in order to attract young shoppers and visitors who are accustomed to indoor outlets. 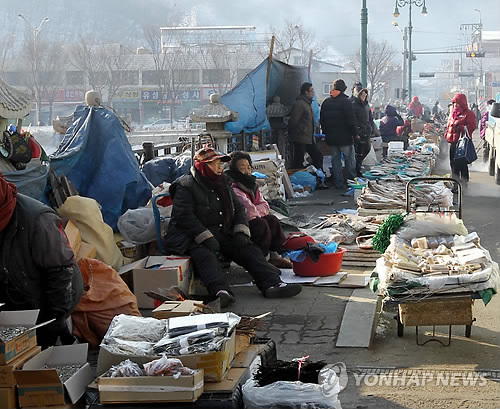 Some old-fashioned stores were renovated to new fancy shops for the night market, with additional food carts and trucks lent to young chefs and multicultural families.

Through the renewal project, the outdated market that had been visited only by old seniors for daytime grocery shopping became a hot place among local shoppers and even foreign tourists who visited Jeonju to sightsee nearby attractions like Jeonju Hanok Village.

Shop owners say about 7,000 more people are visiting the market every day compared to the days before the renovation.

"The modernization program was aimed at filling the outdoor market, which closes in the evening, with energy and vitality, and helping the local economy seek a growth engine," said an official from the Ministry of the Interior. "Jeonju Nambu Market has now become one of the most popular tourist attractions in the city." 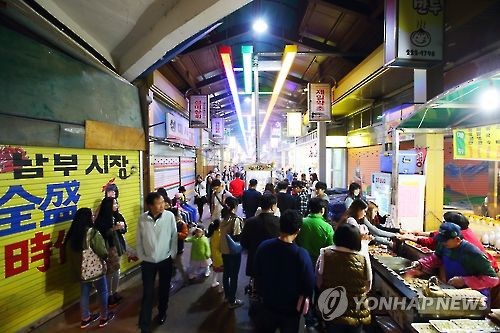