(SUNCHANG=Yonhap News) The country of Sunchang in North Jeolla Province attracted twenty sports events in the first half of this year through marketing, significantly helping in the efforts to revitalize the local economy.

According to the country government on July 3, as of June 2017, Sunchang has attracted 20 sports events and off-season training programs for 89 teams, through which some 54,000 athletes and persons involved in the sports industry visited the county.

Such efforts have led to an economic effect of KRW 7.3 billion, explained the county.

The recent success was possible due to the county's excellent sports venues, including a multipurpose dome area, and indoor and outdoor tennis courts.

According to a county source, "With 20 competitions planned for the second half of this year and various teams expected to visit the area for off-season training, the county government will do its best to make sure both visitors and local residents get the most out of the sports events." 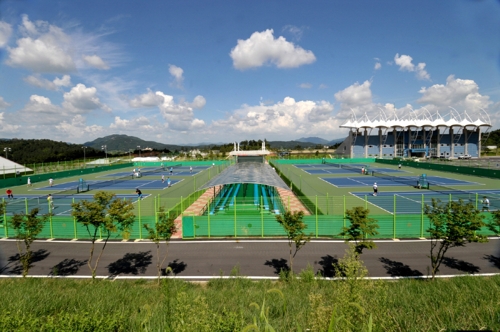