According to the company, its plastic composite fuel tanks will be fitted in Hyundai Motor’s third-generation hydrogen fuel-powered buses that will be deployed in Ulsan, home to Korea’s heavy and chemical industries, as part of a pilot program for cleaner transport systems led by the municipal government of the southeastern city.

The industrial city is working together with the country’s top automaker to introduce 4,000 hydrogen fuel cell electric buses by 2020 with 12 hydrogen charging stations. The new buses will be added to the public transport fleet as the country’s first hydrogen-powered buses running on regular routes early next year after a regulatory certification process.

It claimed its fuel tanks are perfect to store hydrogen and compressed natural gas. It is lighter than a previous metal tank by more than 60 percent, contributing to reducing the vehicle’s weight by 10 percent and saving fuel consumption by 7 percent, according to Iljin Composites. 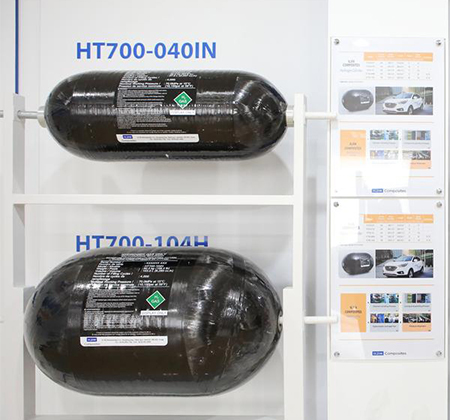 The company first joined hands with Hyundai Motor in 2014 when it sealed a contract to supply fuel tanks to the carmaker’s Tucson FCEV (hydrogen fuel cell electric vehicle), the world’s first commercial model of its kind.

The company is also in talks to provide fuel tanks to global companies that manufacture hydrogen-fueled trains, vessels and buses in Japan and Europe. Five companies have successfully developed plastic composite fuel tanks but Iljin Composites is the only commercial producer of such tanks in the world.

“The supply of our hydrogen fuel tanks to Hyundai Motor demonstrates that our product is the most relevant choice. We will expand our business to include fuel tanks for buses, trains, ships and tank lorries in the future,” said Park Seung-kwon, president of Iljin Composites. 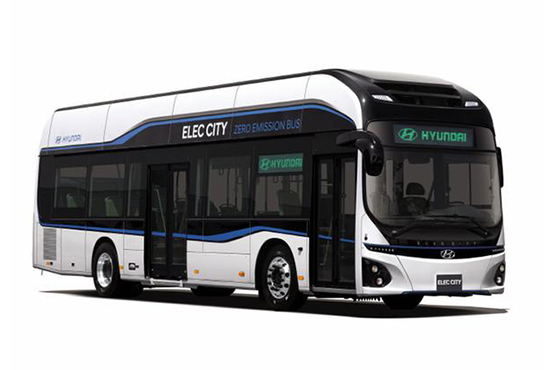 By Jin Young-tae and Minu Kim