(DAEJEON=Yonhap News) On January 15, the institute for Basic Science (IBS) will start moving to its new location at the Expo Science Park in Doryong-dong, Yuseong-gu, Daejeon City.

According to IBS on January 2, starting with its administrative division two weeks later on January 15, the institute will gradually move into the new building.

The new building was designed based on the keyword of "communication," the institute said.

The new IBS complex is being constructed across two stages on 260,000 square meters of land in the Expo Science Park.

During the first stage, buildings for research and experiments, as well as a guesthouse have completed construction.

The entire complex is set to complete construction in 2021. The budget for the entire project is KRW 654.5 billion.

Founded in 2011, IBS had been scattered across the country, including at the KT Daedeok 2 Research Center in Jeonmin-dong."

IBS president Kim Doocheol noted, "the institute's various branches, when they have all gathered in one location, will be able to use the new equipment and facilities to produce greater results." 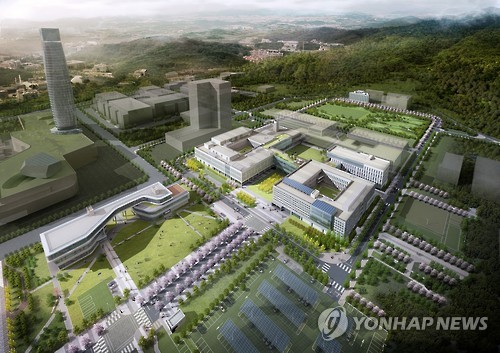