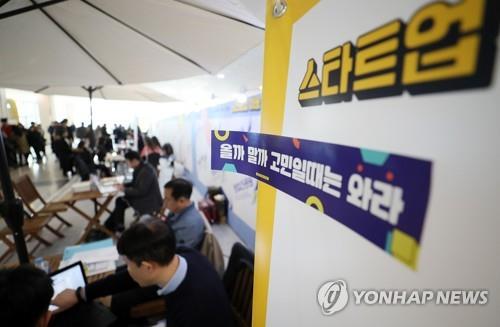 (DAEJEON=Yonhap News) Daejeon City announced on September 13 that it will co-host the Global Startup Festival next March at Daejeon Convention Center (DCC) with the Korea Advanced Institute for Science and Technology (KAIST).

The City looks forward to having about 300 startups, 200 investors including venture capitals, and 10,000 participants in the event.

The City is preparing to carry out various programs for companies and business starters to get an actual investment and enter overseas market.

Daejeon expects to bring the event up as the best invest promotion event in the country by collaborating with global investment events, including "Slush" from Finland and "TechCrunch" from the United States.

"After the first event next year, annual festivals for startups will bring virtuous circle of startup, investment and overseas expansion by creating a Daejeon-style startup ecosystem," said Heo Tae-jeong, the mayor of Daejeon.