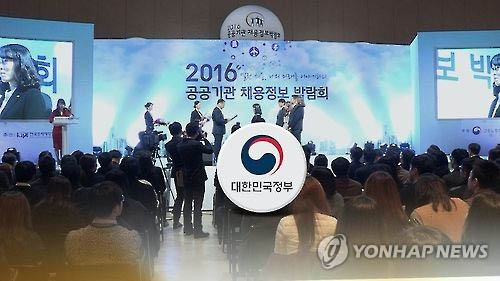 (DAEJEON=Yonhap News) Daejeon City is making efforts to attract public organizations moving offices to rural areas according to the government policy by creating and operating an organization exclusively responsible for the task.

The City appointed the deputy mayor for administrative affairs as the head of the organization and Director General for Planning and Coordination as the team head.

The promotion organization will be operated in four sectors, including general management, support for location, liaison support and promotion team.

The promotion team will first select public organizations that are available for relocation for promotion activities.

The City selected 10 affiliated organizations of the ministries residing in the government building complex in Daejeon and four institutions including KORAIL under the Ministry of Land, Infrastructure and Transport.

When it attracts an organization under the Ministry of Science and ICT which is relocating its office to Sejong, it is expected to have a synergy effect by linking with Daedeok Research and Development Area.

The promotion team will identify the trends of these organizations and carry out promotion activities by providing information on available incentives and conditions of settlement in Daejeon.

Relocation support team will provide support in housing for the employees and housing land development. It will also do the groundwork for the designation of Daejeon as innovative city.

Heo Tae-jeong, the mayor of Daejeon is also providing side support by making contacts with the governments.

He also elaborated on the difficulties of the youth in Daejeon finding jobs since the city was excluded for the innovation city when the Act on Innovation City was enacted in 2005.

Public organizations that moved to innovation cities have to hire 30 percent of their new employees from the regional universities until 2022, but university students in Daejeon cannot enjoy the benefit.

"Up to now, 153 public organizations have moved to 12 cities and provinces after the enactment of the law, and it was very unfortunate that Daejeon was excluded in the list," said Heo. "Additional relocation of public organizations should be done without any neglected city, and should be carried out to secure administrative efficiency and future growth engine."