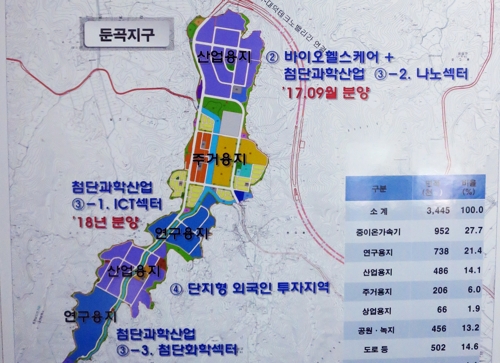 (DAEJEON=Yonhap News) A global fuel cell company, Solid Power will establish its corporation in Daejeon as a form of joint venture with a Korean firm.

According to Daejeon on November 22, Solid Power will establish the corporation in Daejeon by 2020 and build a fuel cell manufacturing plant on a plot of 49,586 square meters in Dungok District, which is an international science business belt. The exact investment amount is unreleased yet.

Heo Tae-jeong, Mayor of Daejeon will leave on 24 to Italy to sign the MOU on investment with Solid Power.

To make the agreement lead to an actual investment, the city will provide one-on-one consulting and prepare systematic support system.

In particular, the city will use the agreement with Solid Power as a stepping stone to attract more foreign investments that will revitalize the regional economy.

A foreign investment zone will be created in the area of 150,000 square meters in Dungok District.

As of last year, the number of foreign company in Daejeon was 142, accounting for only 0.8 percent of that of the country, and the amount of investment was KRW 12 million, accounting for 0.005 percent.

The city considered that lack of dedicated zone resulted in small amount of investment and decided to make an area for foreign-invested companies.

"We will make efforts to provide supports to foreign companies to invest in Daejeon," said the Mayor.