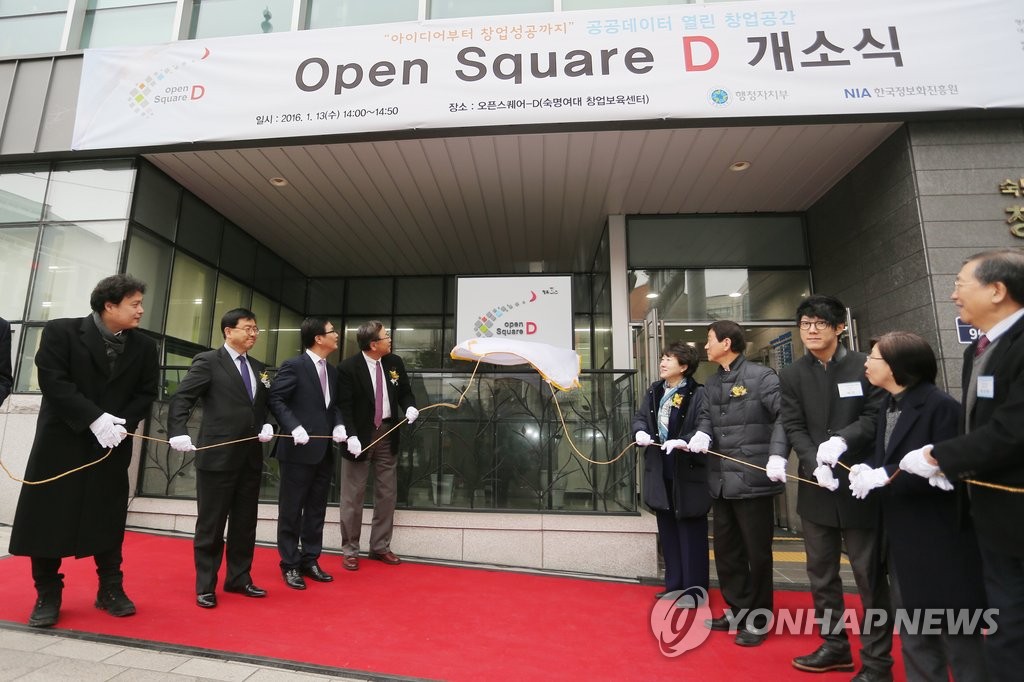 (DAEJEON=Yonhap News) Daejeon city announced on January 15 that it will open a "Open Square-D Daejeon" inside Daejeon Center for Creative Economy & Innovation.

The Open Square-D is a place where creative ideas are gathered, taking advantage of public data, to support identifying promising entrepreneurs, and their establishing of enterprises.

Daejeon mayor said "we expect the creation of ecosystem for establishing an enterprise based on Open Square-D in Daejeon: a city that has prestigious universities such as KAIST producing talent; National Information Resources Service, a government data center ; and Daedeok Innopolis, integrating core science and technologies". .

The opening ceremony on January 16 will be attended by about 150 invitees including Daejeon Mayor, Minister of Interior and Safety, Minister of SMEs and Startups, and President of National Information Society Agency to discuss opening, expanding of public data, support for facilitation of data usage in the era of data economy.