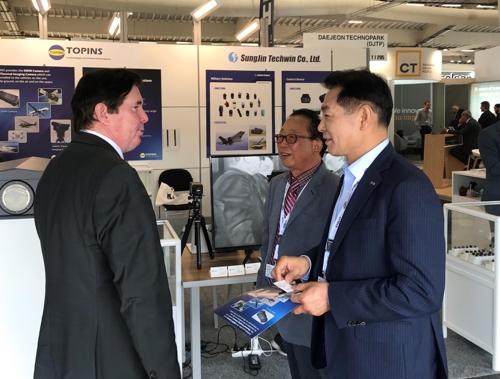 On June 26, Daejeon Techno Park (Daejeon TP) announced that it achieved USD 28.7 million worth export consultation, in addition to 3 defenst startups signing on export contracts worth USD 200,000 at Paris Air Show on June 17-22.

President of Daejeon TP said, "Our projects to foster the defense industry to support local companies who had faced challenges in entering foreign markets despite their technological prowess have been bearing fruits," adding that "We will work on global marketing support projects so that SMEs and startups in the region can take the leading role in local economy."