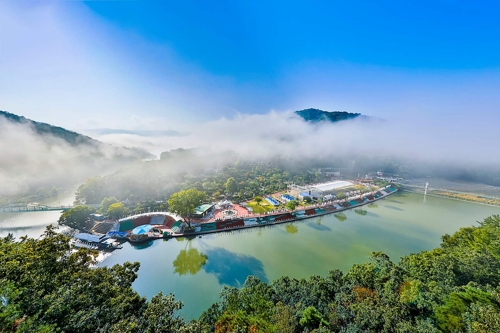 As West Daejeon Park-a usual place for the Kalguksu Festival-is under construction, the two festivals will be held in one place this year.

At the opening ceremony slated for September 27 (6 p.m.), "Korean Independence Day Movement" performance in recognition of 100th anniversary of establishment of the Provisional Government of Korea and the March 1st Movement, along with "Arirang Festival" are planned.

On the following day, a clan parade where 4,000 people from 150 clans participate and National Hyo Culture Youth Festival will take place.

At the same time, nine flavors of Kalguksu, mixed with seaweed, kimchi, and others can be tasted at the parking lot of Ppuri Park.

Visitors can taste various flavors of Kalguksu without being troubled by menu selection as Kalguksu will be sold in a cup after 3 p.m. every day.

Throughout festival period, media facade of various stories about filial duty will be displayed, while fireworks and lantern lighting up the night sky.