(DAEGU=Yonhap News) Daegu Technopark announced that 16 companies based in Daegu showcased their products at the Consumer Electronics Show (CES) 2017 held in Las Vegas, U.S., and held 654 consultation meetings worth around USD 30.5 million. 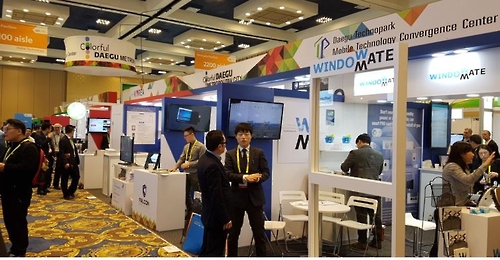 Daegu Technopark has been operating a joint exhibition booth for Daegu-based companies since 2013 to support those seeking to catch the latest trend and expand sales.

"We could clearly see growth potential of companies in Daegu," Kwon Yeop, President of Daegu Technopark, said. "As we realized innovative initiative opens up a new market, we will actively work on measures to support entrepreneurs."