(DAEGU=Yonhap News) The city of Daegu has opened a medical tourism promotion center in the Vietnamese city of Danang.

An opening ceremony was held May 11 at the new center in Danang, one of Vietnams 3 major cities with a poluation of some one million.

The 2nd such center in Vietnam, and the 17th in the world, is a product of the city's current strategy to diversify its target countries for medical tourism.

At the info session held on the same day, the Medi City Daegu Promotion Team introduced the city's medical tourism services, and the specialty products and technologies offered at specific medical institutions to an audience of some 100 local medical personnel and members of the general public.

On the following day, the promotion team held a meeting with government officials at the city hall.

The city also signed with the Danang Family Hospital on operating the promotion center and sending patients. 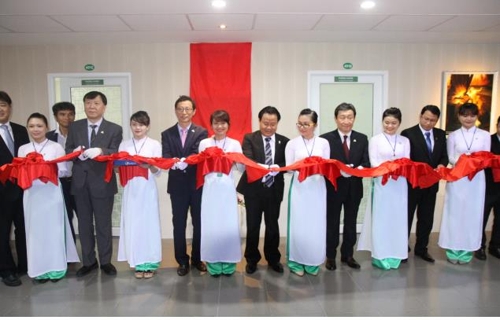