(DAEGU=Yonhap News) A Korean medicine promotion hall is set to open at the Daegu International Airport on August 3.

The first of its kind to open at a regional airport, the hall was selected for the city's 360-year history and outstanding infrastructure in traditional medicine and the rapid increase in visitors to the airport, Daegu Techno Park analyzed.

Some 7 percent of medical tourists to Daegu are known to visit the city for Korean medicine.

An opening ceremony for the hall scheduled to be held at 11 a.m. that day will be attended by representative of the Ministry of Health and Welfare, as well as the city government of Daegu. 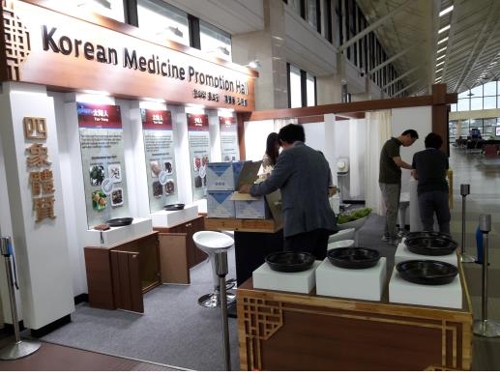