(DAEGU=Yonhap News) Daegu City is scheduled to hold the Global Robot Business Forum at the Hotel Inter-Burgo and Daegu EXCO from November 15 to 17.

The event will be attended by some 300 experts in the field, and representatives of five robot clusters in four countries including the United States, France and China.

On the first day, presentations will be made on various topics including the fourth industrial revolution and the role of global robot clusters by the Daegu-Gyeongbuk Robot Company Promotion Association and China's Zhejiang Robot Cluster, among others.

The forum will feature various events including networking opportunities and investment pitch sessions.

Daegu Mayor Kwon Young-jin noted, "as it is the first time to hold such a forum in Daegu, the city will do its best to see it grow into a leading event for the global robotics industry." 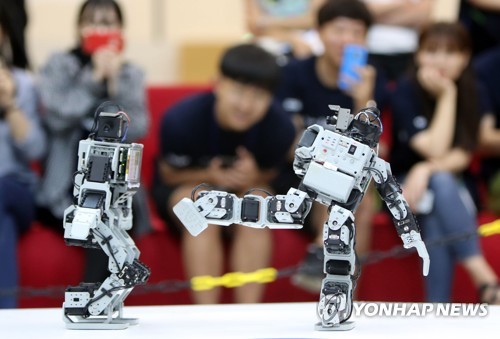