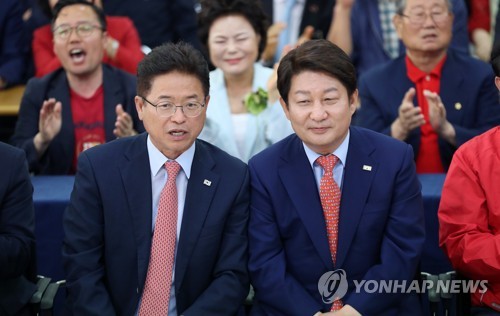 According to Daegu on August 10, Kwon Young-jin, the Mayor of Daegu and Lee Cheol-woo, the Governor of Gyeongbuk-do will adopt the Daegu-Gyeongbuk Joint Declaration and promise to cooperate on August 13.

Taking the declaration as a momentum, the City and the Province will establish an organic system for cooperation in fields such as attracting investment, nurturing special industries and promoting distribution of agricultural products.

Moreover, they will cooperatively build an integrated new airport in the early stage and establish a clean Nakdonggang river water supply system.

The mayor and the governor will come to the forefront to strengthen regional cooperation upon the launch of the 7th Local Election.

The position of the co-chairs of the Daegu-Gyeongbuk Co-prosperity Committee will be upgraded from deputy mayor and vice governor to mayor and governor respectively.

The Committee, established in November 2014, has successfully attracted Daegu-Gyeongbuk High-tech Medical Complex and designated February 28 as a national holiday to commemorate the Daegu Democracy Movement.

"The City and the Province will concentrate on improving water quality of Nakdonggang river so that the people in the regions can drink clean and safe water," said the mayor.

"We will also make efforts to establish megaregional development plan to realize economic community where businesses descend on the region, and to foster new industries," said the governor.