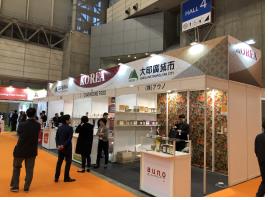 Among them, six companies organized six booths at Food Expo 2018 held from August 16 to 18, had 139 business meetings and signed contracts of USD 17,000 for Natto.

Daegu will organize a joint booth at Gwangju International Food Fair 2018 to be held from October 11 to 14 to promote regional food products and expand the market.