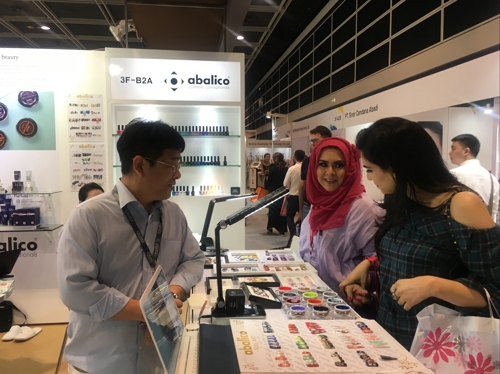 The region's companies had 52 business meetings worth USD 4 million and signed contracts worth USD 60,000 on site.

SLC, one of the Pre-STAR companies in Daegu, signed USD 5,000 contract with an Australian Medispa Solutions for its main product and was asked for samples.

The modeling mask of SLC was praised for its moisture persistence and long-maintained cooling effect.

Furthermore, Thuringen Korea was praised by the buyers from Southeast Asia for the CC Cushion Compacts with skincare function added.