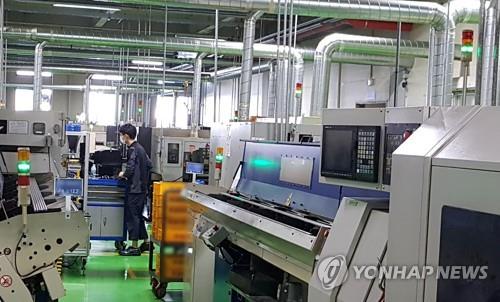 (DAEGU=Yonhap News) Daegu City announced on December 27 that it came up with a plan to support the local auto parts industry, which is suffering from a decrease in the production of domestic finished cars, a minimum wage increase, and the implementation of 52 work-hours per week.

Having accepted the industry's recommendation, it will support finding new markets for finance and export as well as the R&D in future automobile and traditional industries.

In addition, the city will invest KRW 5 billion to reduce companies' burden on the reduced work hours and the rise of minimum wage and to support new hiring in the industry.

To open up new markets, Daegu will invest KRW 9 billion and facilitate 6 projects, which includes parciaipation in overseas exhibitions by SMEs that lack overseas promotion capability and operation of market development teams tailored to each company.

The city will also support KRW 55.4 billion in 18 R&D projects, including the structural upgrading in traditional and root industries and the development and mass production of electric cars.

The city hopes that its support plan would help the local auto parts industry overcome the difficulties the industry's facing.