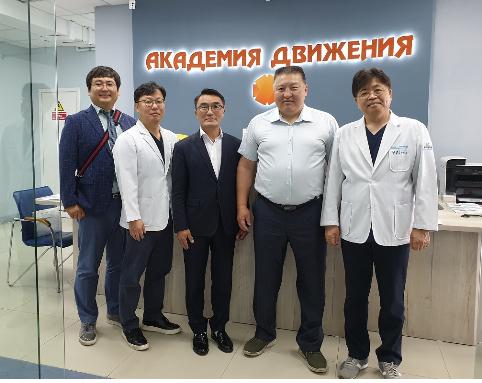 They were invited and assisted by Verako company and Irkutsk Daegu Medical Tourism Center, and held an event in a rehabilitation hospital.

Ten people including two orthopedics doctors of Wooridul hospital and interpreters provided medical consultation to 80 local citizens who booked it in advance.

Ten Russians attended in the consultation applied for "disc and joint treatment, and general health checkup" in Daegu.

A Daegu city official said, "We will open a new promotion center in the central cities of Russia to hold medical consultation close to local citizens, and carry out active marketing activities to attract foreign patients."