(Seoul=Yonhap News) Hyundai Heavy Industries Co., a major shipbuilder based in Ulsan, said Wednesday that it has signed a memorandum of understanding with Saudi Aramco and others to build a plant in Saudi Arabia that will make engines used for ships and power generation.

The Hyundai Heavy-Aramco consortium will spend US$400 million to set up an engine plant in Ras Al-Khair, eastern Saudi Arabia, by 2019, the company said.

The South Korean company said with the deal, its HiMSEN engine, a medium-sized power plant for ship propulsion and power generation that was independently developed in 2000, could expand its presence in the global marine engine market.

Hyundai Heavy's HiMSEN engine accounts for 22 percent of the global medium engine market, and is already exported to some 40 countries.

Separately, Hyundai Heavy is conducting a mega project to establish a ship repair and shipbuilding joint venture in Saudi Arabia.

In November of last year, the South Korean shipyard signed a memorandum of understanding (MOU) with Aramco for the project.

If the project goes smoothly, Hyundai Heavy will be well-positioned to win shipbuilding deals from Saudi Arabia. 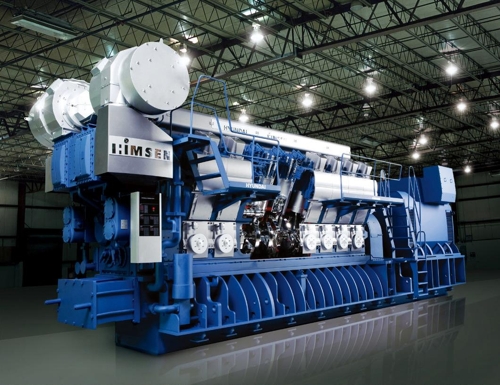